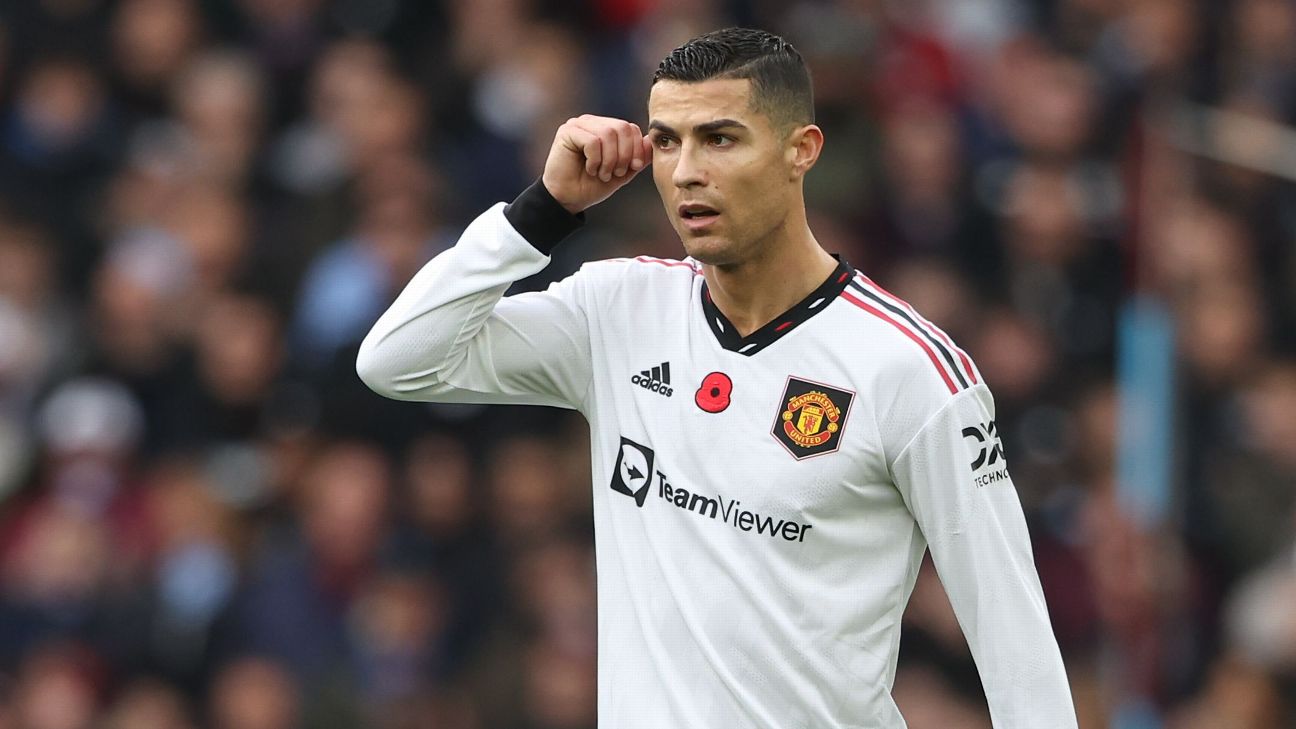 Manchester United forward Cristiano Ronaldo has said young players, including at his own club, lack the same drive and commitment of previous generations.

Ronaldo made a number of explosive comments in the first part of an interview with Piers Morgan for TalkTV which aired on Wednesday, including that he was close to joining Manchester City — a claim the club have since denied — and taking pleasure in beating Lionel Messi in shirt sales when both players joined new clubs in 2021.

“I don’t mean that they don’t respect the more experienced players or the older players, but they live in a different era,” Ronaldo said. “I can see my kid [who is] 12 years old. The mentality is not the same, they are not suffering.

“Their hunger [is different]. I think they have things more easily, everything’s easy, they don’t suffer — and don’t care.

“I don’t mean only a few in Manchester United, but all the teams, in all leagues in the world, the youngsters are not the same of my generation. But we cannot blame them, because it’s part of the life and the new generation, the new technologies that distract them. They are not the same … they listen to one thing and in two minutes they have already forgotten and do whatever thing they think it’s better.”

Ronaldo, 37, said youngsters are missing a golden opportunity to learn from the veteran players like himself.

“It doesn’t surprise me,” he added. “But in the same way it’s a shame because if they have the best examples in front of your eyes, and if they don’t at least copy what you did.

“They don’t care, a few care, but most of them no, and for me it doesn’t surprise me. They are not going to have career longevity, it’s impossible. In my generation, you see many players that reach 36, 37, 38 at a high level, in this new generation you will be able to count them with your hands how many will reach that level.”

Ronaldo, who won eight trophies during his first stint at United between 2003 and 2009, said that he soaked up advice from senior players as much as he could during his early days at the club.

‘For me, it’s kind of weird, because I remember when I was 18, 19, 20, I always looked to see the best players in [Ruud] Van Nistelrooy, [Rio] Ferdinand, Roy Keane, and [Ryan],Giggs,” he said. “This is why I have the success that I have and longevity.

“I take care of my body, my mentality, my head, because I see these guys and I learn from them.”

The five-time Ballon d’Or winner said United youngsters have a great example in him, but added he is not keen to hand out advice.

“I’m not the kind of guy who likes to give advice as I prefer to be an example,” Ronaldo said. “Because I’m an example. I’m there every morning and do the same stuff. I’m probably the first one to arrive and the last one to go out. I think the details speak for itself…This is why I say, I like to lead by example.”

When asked which players at United he admires, Ronaldo was full of praise for Portugal and United teammate Diogo Dalot, who arrived at Old Trafford from Porto in 2018.

“In Manchester United, I can mention Dalot,” Ronaldo said. “He’s young, but very professional and I don’t doubt that he’s going to have longevity in football because he’s young, he’s smart, intelligent and he’s very professional. Probably [Lisandro] Martinez, Casemiro is in his 30s.”

Ronaldo also spoke about the impact of his return with United in August 2021 when he broke the all-time record for shirt sales within 24 hours of re-signing at Old Trafford — even beating Lionel Messi, who joined Paris Saint-Germain weeks earlier.

When asked about the record, Ronaldo laughed and said: “Of course I am happy. As you know I don’t follow the records, records follow me. Another one for my book.”