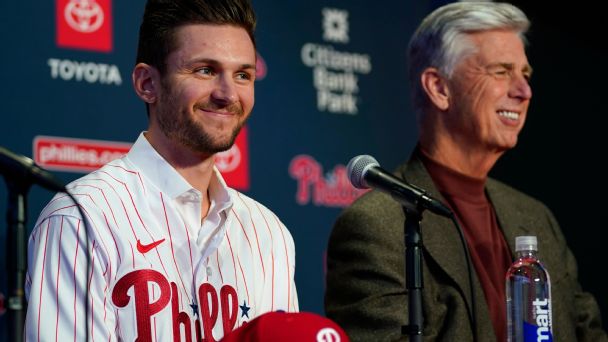 It’s not an exaggeration to suggest we are in a golden era of shortstops. This past season, 12 shortstops reached at least 4.0 WAR via the Baseball-Reference measurement of the metric, one more than in 2021 and matching 2019 for the most ever. Before 2018, there had never been even 10 shortstops to reach 4.0 WAR in a single season. With more offensive depth at the position than ever, shortstops collectively posted a .692 OPS in 2022, not much below the major league average of .707 — a remarkable output from a position where defense remains as vital as ever.

Shortstops are also making more money than ever. There have been two consecutive offseasons in which several of the best have entered free agency in the primes of their career, creating fierce bidding wars and shortstop turnover across the league. Last year, it was Carlos Correa, Corey Seager, Marcus Semien, Javier Baez and Trevor Story (and would have included Francisco Lindor except he signed a long-term extension with the New York Mets). This year, it featured Correa again along with Trea Turner, Xander Bogaerts and Dansby Swanson.

Now that Swanson has reportedly agreed to a deal with the Chicago Cubs, let’s rate all the winners and losers as the shortstop carousel over the past two offseasons finally spins to a stop. Well, let’s rate the teams. All of the shortstops are big winners, considering the contracts start at $140 million in total value.