Why the Colts benched Matt Ryan, and what’s next

INDIANAPOLIS — In the back corner of the visitors locker room at Nissan Stadium in Nashville on Sunday, long after most of its occupants had departed, Matt Ryan gritted his teeth to perform the simplest of tasks: Putting on a shirt.

The Indianapolis Colts‘ quarterback was in obvious pain and spent considerable time after the loss to the Tennessee Titans in the training room. Then he slowly retreated to his locker where he struggled to raise his arm above his head.

The scene became even more notable on Monday, when Colts coach Frank Reich announced Ryan had sustained a Grade 2 separated shoulder and the Colts would be making a move to backup quarterback Sam Ehlinger for the rest of the season. Reich said the move would have been made regardless of the injury.

Will this prove to be the final scene of Ryan’s career? A 15-year veteran with the seventh-most passing yards in NFL history sitting silently in a losing locker room with an aching shoulder? 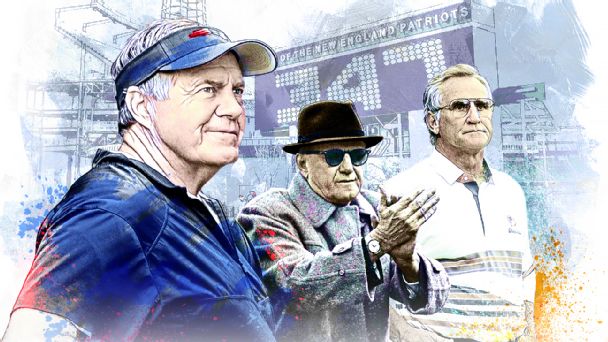 It’s one of many questions brought about by Monday’s surprising developments, all of which will have far-reaching implications for the franchise.

“At some point as a head coach you have to make hard decisions,” Reich said. “You have to work through these things, and they are not easy.”

Ehlinger has been turning heads inside the Colts organization since his arrival in the sixth round of the 2021 draft. He even bypassed Nick Foles on the depth chart two weeks ago, moving from the No. 3 quarterback to No. 2. But his promotion to the starter is a much different proposition. Ehlinger has never thrown a pass in a regular-season game.

What does it all mean for Ryan, Ehlinger and the Colts? Let’s dive in.

Are Matt Ryan’s days in Indianapolis over?

Short of an injury to Ehlinger, it’s difficult to see Ryan coming back from this — even after his shoulder heals.

The Colts’ offense has been one of the worst-performing units in the league, averaging 16.1 points. Ryan also leads the NFL with nine interceptions. It isn’t all his fault; the Colts didn’t provide Ryan with the protection he expected, as their once-powerful offensive line has struggled. Similarly, the Colts rank 29th in rushing yards per carry (3.5). The infrastructure around Ryan has been non-existent.

But Ryan was unable to rise above it, and the offense is performing at an unsustainable level.

Even though the struggles of veteran offensive linemen like Quenton Nelson and Ryan Kelly have been surprising, the Colts also took a passive approach to filling key spots at left tackle and right guard. The result: disaster. The Colts have started different offensive-line combinations in each of their past five games, continuing a search for the right five-man lineup.

They’ve also tried altering their offensive approach, with more emphasis on quick throws rather than stuffed runs. In the end, nothing has worked with any consistency. A quarterback change isn’t likely to be a magic fix, but the Colts were fresh out of cards to play.

Reich put it this way when breaking the news to Ryan, who was acquired from the Falcons for a third-round draft pick in March: “We did not hold up to our end of the bargain.”

What is Ryan’s contract situation?

The Colts restructured Ryan’s contract after trading for him. That moved some of his guaranteed money to the deal’s final year, 2023. That means the Colts are on the hook for $18 million in salary-cap money should they part with Ryan after this season.

Ryan is scheduled to earn a $21.7 million base salary in 2023 if he remains on the roster or is traded. He also is due a $7.5 million roster bonus in March, giving the Colts something of a deadline by which to decide his future.

Why start Ehlinger over Foles?

There are a couple of possible reasons.

First, the Colts have been intrigued by Ehlinger since his arrival but have yet to learn about him in the context of the regular season. Ryan’s injury created an opportunity for the Colts to see more of him as the team tries to plot its future at the position. Ehlinger’s history at Texas suggests he’s a gamer. He made 43 starts for the Longhorns and has the fourth-most quarterback wins in school history.

Meanwhile, Foles presents a similar problem to Ryan. Both are pocket passers who lack mobility, and that has intensified the challenge of playing behind the Colts’ porous offensive line. Switching to Ehlinger is hardly a sure thing, but it does give the Colts some potential to help their struggling line.

Louis Riddick contends something is wrong with the Colts even after the benching of Matt Ryan.

Why make this move now?

The Colts’ 3-3-1 record puts them in playoff contention in a jumbled AFC. But they also know their current offensive production isn’t enough to keep them there. It’s taken remarkable defensive efforts for the Colts to eke out their three wins. At some point, the offense would need to produce more for the Colts to remain viable.

It also appears owner Jim Irsay played a role in this decision. That might partly account for the timing. Reich went to great lengths after Sunday’s game to affirm Ryan as his starting quarterback. Less than 24 hours later, he made an about-face following an hour-long conversation with Irsay and GM Chris Ballard.

Of that conversation with Irsay, Reich said, “He’s got a lot of wisdom, a lot of good counsel.”

What impact could this have on Reich’s future in Indy?

Judging Reich’s ability to guide an offense is difficult, at best, given the incredible realities he’s dealt with. Ehlinger will be the seventh different starting quarterback in Reich’s five seasons, a series of changes set in motion by the retirement of Andrew Luck in 2019.

Nevertheless, the Colts have relied on Reich’s offensive expertise to pull them through. But the Colts’ offense took a nosedive with Carson Wentz under center late last season. And this season has produced the absolute worst offensive results of Reich’s tenure.

Factor in Irsay’s public statements that suggest he is growing impatient, and you should anticipate some pointed questions being asked after the season.

What are the expectations for Ehlinger and the Colts’ offense the rest of the season?

This might be the toughest part to predict because Ehlinger has so few meaningful snaps.

But here’s what we know: Ehlinger’s mobility is what sets him apart from Ryan and Foles. The Colts would be wise to take advantage of it by moving the pocket or running bootlegs that set him up to throw or run. Reich seems to be embracing Ehlinger’s running ability.

“Sometimes in a game, it’s those one or two third-down conversions on a scramble that can make the difference,” Reich said.

But Ehlinger will need to mostly operate from the pocket as defenses start to account for his mobility. He’s worked with passing guru Tom House and has significantly increased his accuracy and arm strength, both of which were suspect coming out of college.

Why the Colts benched Matt Ryan, and what’s next