Why Mets are spending so much this winter 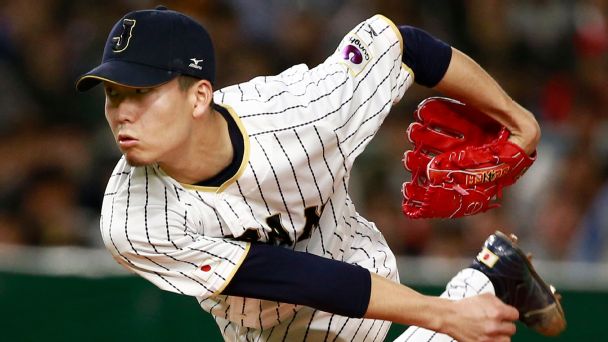 Every year, Macy’s unveils its elaborate window displays for the holiday season. Many people walk by and admire the sights. Some enter to fight the crowds, hoping to find that perfect Christmas gift. Steve Cohen? He would probably just purchase the whole dang store.

The New York Mets owner has added to his team’s offseason spending spree, agreeing to a five-year, $75 million deal with pitcher Kodai Senga, who is viewed as one of the best starting pitchers in Japan. The 29-year-old right-hander posted a 1.94 ERA with 156 strikeouts in 144 innings, allowing just 104 hits. Senga has a big fastball that reaches the upper 90s and a splitter referred to as a “ghost forkball,” because — wait for it — it disappears.

His breaking stuff is considered just OK and his command can be a little shaky as he averaged 3.1 walks allowed per nine innings last season, but given the overall quality of his stuff and the success other top Japanese pitchers have had coming over to the majors, he projects at least as a solid mid-rotation starter with perhaps even more upside than that.

I like this signing as one of the best of the offseason, especially considering the similar contracts for starting pitchers such as Taijuan Walker (four years, $72 million) and Jameson Taillon (four years, $68 million) who don’t have Senga’s upside. Sure, he’s not a lock to get there, but the success of pitchers like Hisashi Iwakuma and Kenta Maeda who also came to the majors from Japan with a splitter as a primary piece of their arsenals and Senga has better velocity than those two. Shohei Ohtani mixes a high-octane fastball with a splitter and batters have hit .104 against Ohtani’s splitter the past two seasons, so the ghost forkball has a chance to be a huge weapon for Senga.

Why Mets are spending so much this winter