The Saints went 7-9 that year, the final of three straight losing seasons under then-coach Sean Payton. They rebounded to make the playoffs four straight years before falling just short in Week 18 last season.

While the Saints (4-9) have not been mathematically eliminated from the playoffs, the best they can hope for this season is an 8-9 record.

The Saints outscored the Atlanta Falcons 17-4 in the fourth quarter of their season opener for a 27-26 win.

Despite a troubling lack of offense for three quarters, the rally seemed to show that the Saints might be OK under Allen. But they actually turned out to be the opposite of clutch up to this point of the season. 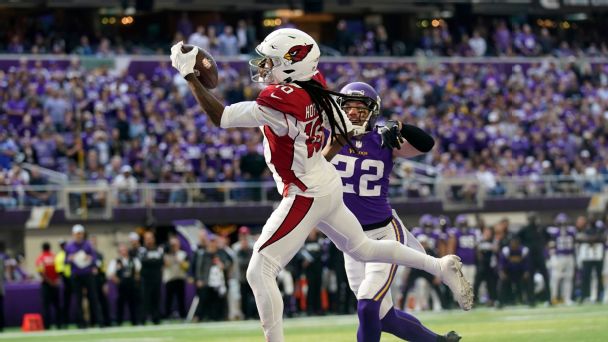 The Saints had multiple games in their grasp that slipped away for various reasons. Those issues showed up as early as Week 2, when they turned a 3-3 tie into a 20-10 loss to the Tampa Bay Buccaneers at home.

Saints cornerback Marshon Lattimore and Bucs wide receiver Mike Evans were ejected from the game for fighting at the start of the fourth quarter, quarterback Jameis Winston threw an interception, and an unnecessary roughness penalty by cornerback Bradley Roby when the Bucs were facing third-and-10 led to the go-ahead score.

The fourth quarter was the definition of a Saints meltdown: three interceptions and three sacks on Winston and a deep pass to rookie wide receiver Chris Olave that was ruled a fumble.

The Saints looked like they were on the verge of bouncing back two games later when they pulled ahead of the Minnesota Vikings in the fourth quarter of their game in London. But three defensive penalties for the Saints on the same drive, each on third down, allowed Minnesota to score.

The Saints had to resort to field goal attempts of 60 and 61 yards and just missed the second attempt to seal the 28-25 loss.

A win against the Seattle Seahawks was followed by a blown lead to the Cincinnati Bengals. The Saints held a 26-24 lead in the final four minutes but allowed a 60-yard touchdown pass from Bengals quarterback Joe Burrow to wide receiver Ja’Marr Chase. Saints quarterback Andy Dalton was sacked on third-and-10 during an attempted comeback.

A Thursday night game against the Arizona Cardinals might have been a contest if not for three interceptions (two returned for touchdowns) by Dalton in the first half of a 42-34 loss.

One month later, New Orleans had a good defensive performance against the San Francisco 49ers, but it had an interception called back because of a penalty, fumbled at the goal line in the fourth quarter and missed a field goal after a false start on fourth-and-5. Dalton took a sack on fourth-and-4 at the 49ers’ goal line to end a comeback bid.

And with the NFC South title potentially on the line, the Saints allowed the Buccaneers to come back in the final three minutes of their most recent meeting after allowing two late touchdowns, one aided by a 44-yard defensive pass interference call.

The Saints haven’t truly had a plan at quarterback since Payton declared the “next quarterback is in the building” in 2020.

Payton was referring to backups Taysom Hill and Winston, both of whom still remain on the team two seasons later, with neither starting.

Payton selected Hill over Winston to start when Drew Brees was injured that season, saying he owed him the opportunity. Winston won the starting job over Hill in 2021 after Brees retired, but the Saints ended up playing four different quarterbacks because of COVID-19 and injuries.

After Payton stepped away at the start of 2022, the Saints elected to go after quarterback Deshaun Watson and circled back to re-signing Winston when they didn’t get Watson. Dalton was signed as a backup but ended up with the starting job.

Winston played three games to start the season while injured (the Saints went 1-2 in those games), and then the Saints switched to Dalton, at first until Winston was healthy and then only if the offense continued to perform. The lack of a plan for the most important position on the team set the tone for the rest of the season.

The Saints finally gave up the turnover differential lead to the Indianapolis Colts, but they’re still sitting at minus-12 — which would be their worse mark in a season since finishing minus-13 in 2014.

Only safety Tyrann Mathieu (two) and linebacker Demario Davis have interceptions this season, and if the team doesn’t get any more this year, it’ll be the worst number for the Saints since the 1990 team had only eight.

This wouldn’t be a huge deal if the Saints’ offense had more success, but that unit has turned the ball over itself and has struggled to put points on the board.

To add to the sting: Former Saints defensive backs C.J. Gardner-Johnson (6), Vonn Bell (4), and Marcus Williams (3) all have at least equal or more interceptions this season than the entire Saints’ defense.

The Saints have had serious injury issues for the past two seasons, and despite replacing some of their strength and conditioning staff, that issue hasn’t gone away.

Winston was hurt in Week 1, kick returner Deonte Harty is out for the season and wide receiver Michael Thomas is on injured reserve for the third straight season.

The Saints also have been without various members of their offensive line at times, including center Erik McCoy, who has missed four games. Wide receiver Jarvis Landry also has missed significant time this season, and starting linebacker Pete Werner is out of the lineup.

While the Saints have had some players such as Taylor, linebacker Kaden Elliss and wide receiver/kick returner Rashid Shaheed step up in the absence of others, overall it’s been a difficult year on the injury front.

The defense was the heart of the team for the past two years as the offense tried to adjust without Brees and Thomas.

There have been times this season when the defense has looked like the unit from 2017 to 2021. The Saints shut out the Las Vegas Raiders, dominated the Buccaneers (for the first three quarters of both games) and played well against the Los Angeles Rams and 49ers.

But the defense just hasn’t been what it was when Allen was the coordinator. Whether that’s because of co-coordinators this year, aging veterans (Cameron Jordan, Chris Harris Jr., Davis, Roby, David Onyemata and Mathieu are all over 30), poor performances from the free-agent additions, or something else, there’s been a drop-off.

Without a top offense to counterbalance defensive problems, the issues certainly look more glaring than they might have a few years ago.