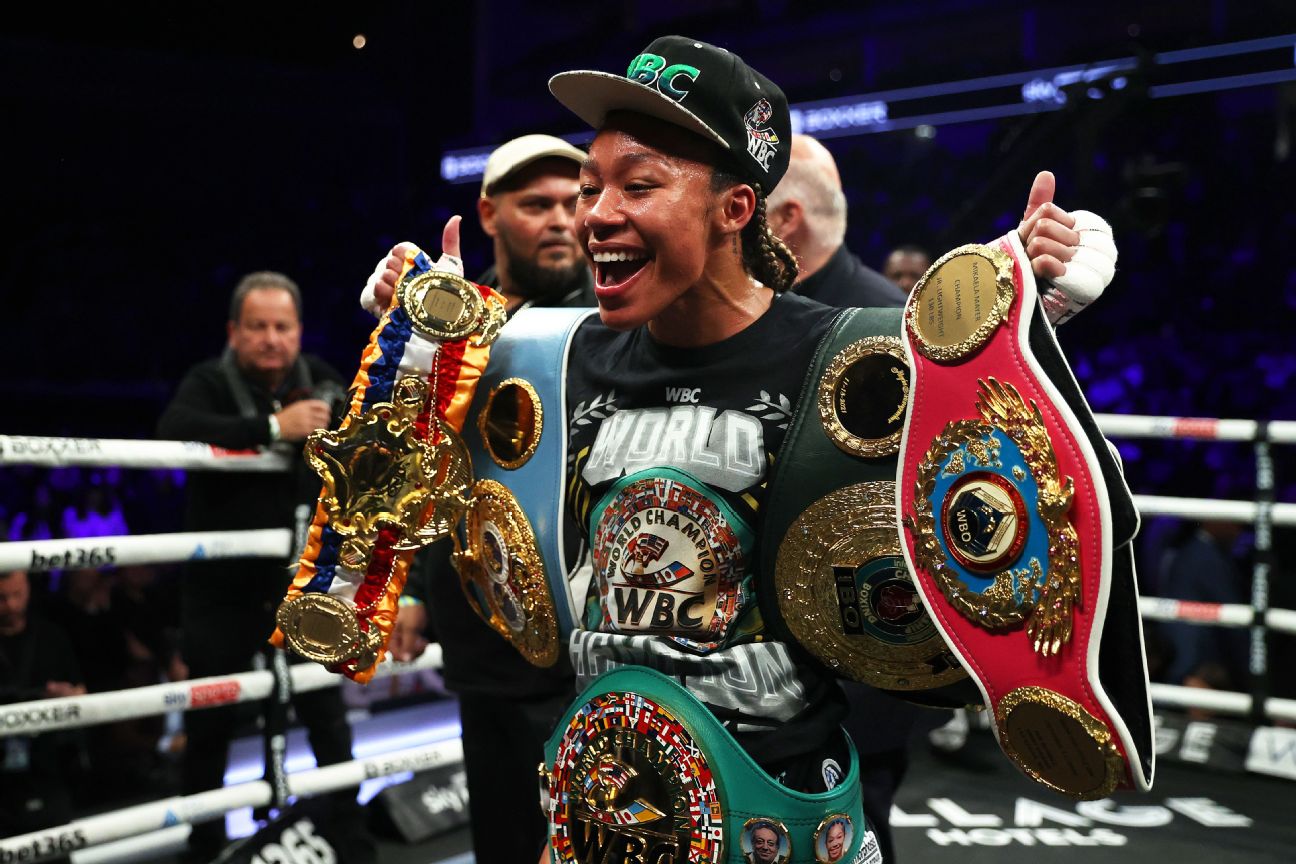 The WBA on Tuesday ordered what amounts to an undisputed title fight at junior lightweight between Hyun-Mi Choi and Alycia Baumgardner.

The teams for Choi, the WBA champion, and Baumgardner, the mandatory challenger who has the WBO, IBF and WBC belts, have 30 days to negotiate and reach an agreement on the fight.

Matchroom promotes both Choi and Baumgardner.

The 28-year-old Baumgardner (13-1, 7 KO) last fought in October, when she beat Mikaela Mayer by split decision to win the IBF and WBO belts while retaining the WBC title. Baumgardner has won seven straight fights since her lone loss in 2018. The Ohio native and Detroit resident won the WBC belt in November 2021, when she knocked out Terri Harper in the fourth round.

Choi, 32, has been the WBA interim champion and then world champion since August 2013, when she beat Fujin Raika by unanimous decision in South Korea.

Choi was the WBA featherweight champion from 2008 to ’13 before moving up to junior lightweight.