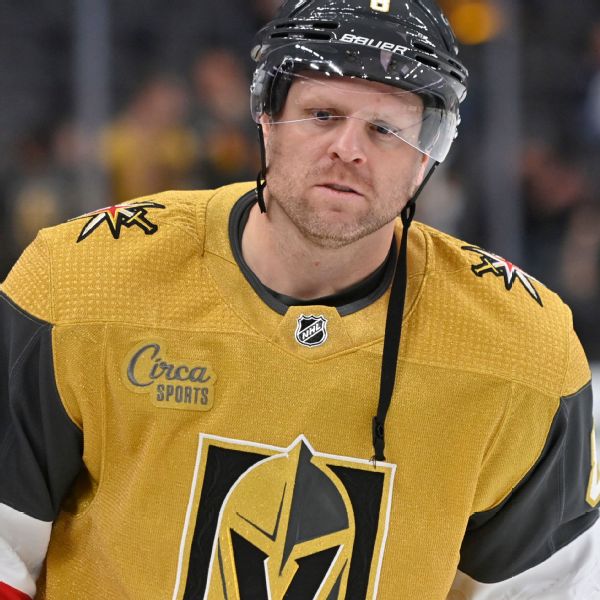 Phil Kessel tied the NHL record for consecutive games played when he hit the ice for the Vegas Golden Knights against the Toronto Maple Leafs on Monday night.

Kessel, 35, played in his 989th straight NHL game, a streak that began on Nov. 3, 2009, when Kessel was a member of the Leafs. That tied the record established by Philadelphia Flyers defenseman Keith Yandle last season, a consecutive games streak that ended on March 29, 2022.

Kessel is scheduled to play in his 990th straight game for sole possession of the “Iron Man” record when the Golden Knights visit the San Jose Sharks on Tuesday.

“It’s a cool thing, obviously. It means I played a lot of games, right?” Kessel said before the game. “I don’t know. I just try to play no matter what. I’ve been fortunate over the years.”

On coach Bruce Cassidy’s third line to open the period, alongside forwards Michael Amadio and Brett Howden, Kessel was on the ice for the opening draw and after a quick whistle, six seconds in, he hopped onto the bench. On his team’s first power play, later in the first, he scored a goal, adding to the history of the night. The tally was his 400th of his career.

Yandle, who retired after last season, shattered Doug Jarvis’s NHL record run of 964 consecutive games that ended in Oct. 1987. As soon as Yandle set the record, many assumed Kessel would be the one to catch him. The winger entered his first season with the Golden Knights having played 982 straight games.

Kessel said there were times when he was worried that his streak could end.

“Oh yeah. There’s been plenty of those. But we’re here now,” he said. “There’s obviously a lot of luck. There are some nights you could have missed throughout the time.”

The closest Kessel came to having the streak end wasn’t for an injury. On March 8, 2022, Kessel played one 30-second shift against the Detroit Red Wings to keep his streak alive before hopping on a charter flight arranged by the Arizona Coyotes for the birth of his daughter, Kapri Mary Kessel. He returned to the team two days later in Toronto to keep the streak going.