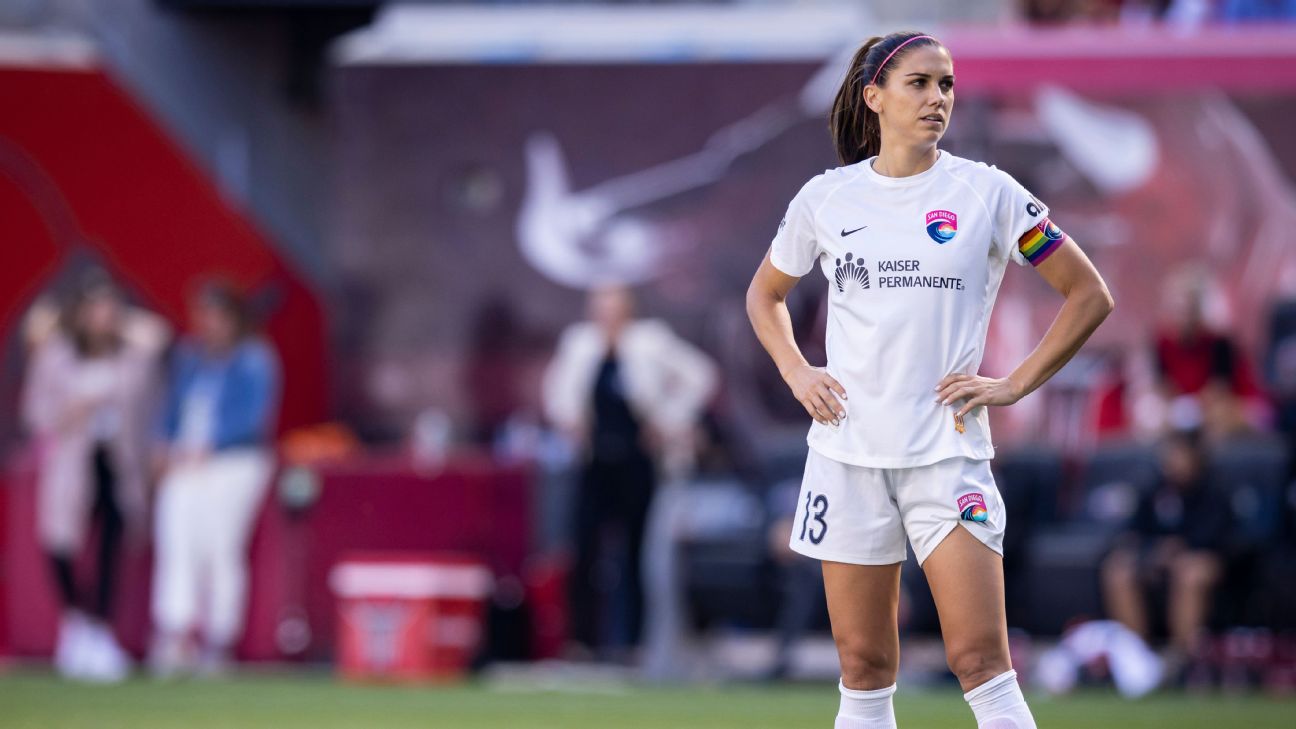 Morgan, a forward, won the Golden Boot with a career-best 15 goals while helping the expansion franchise reach the semifinals of the playoffs.

Huerta stood out on defense for OL Reign, while Pugh scored 11 goals as Chicago’s top forward.

Among the second-team selections were forward Megan Rapinoe and midfielder Rose Lavelle, both of OL Reign. They were joined by fellow U.S. national team player Becky Sauerbrunn (Portland).

All 22 players selected to either the first or second team will receive cash bonuses.

“Congratulations to all of the winners on this year’s Best XI teams,” NWSL commissioner Jessica Berman said in a statement. “The hard work, dedication and determination of each of these 22 players is what makes the NWSL so special, and I look forward to following along as they continue to take their game and this league to new heights.”

Portland and Kansas City meet in the NWSL title game on Saturday in Washington, D.C.