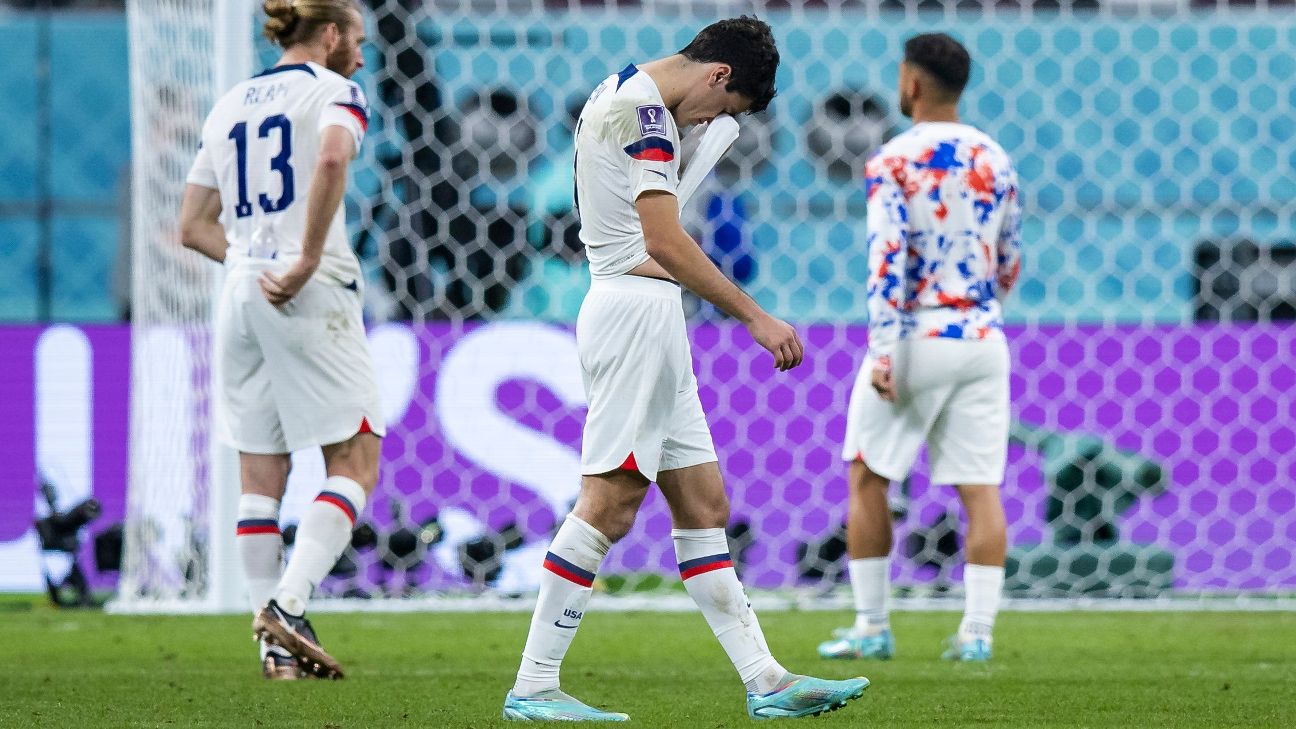 United States midfielder Giovanni Reyna took to Instagram on Monday to call reports of him nearly being sent home from the World Cup “highly fictionalized,” adding he was disappointed that details regarding his participation in Qatar were not kept “in house.”

On Sunday, comments that manager Gregg Berhalter had made at a conference on Tuesday came out, revealing that Reyna showed a lack of effort at training and in a pre-World Cup friendly and was asked to apologize to the team for his behavior in the days leading up to the tournament.

– Borden, Carlisle: Will Berhalter be US manager in 2026?
– Roundtable: What the US got right (and wrong) in Qatar

Reyna, who did not start a match for the US but played the entire second half of their 3-1 loss to the Netherlands in the round of 16, wrote on Instagram that he hoped what had happened at the World Cup would remain private, but felt compelled to respond after multiple reports in the US detailed the reasons for his lack of playing time, which “reflect on my professionalism and character.”

“I am disappointed that there is continuing coverage of this matter (as well as some highly fictionalized versions of events) and extremely surprised that anyone on the U.S. men’s team staff would contribute to it,” Reyna wrote on Monday. “Coach Berhalter has always said that issues that arise with the team will stay ‘in house’ so we can focus on team unity and progress.”

The post added that Berhalter told Reyna ahead of the World Cup that his role at the tournament would be “very limited,” and that he was devastated by the news and didn’t handle it well.

“I am also a very emotional person, and I fully acknowledge that I let my emotions get the best of me and affect my training and behavior for a few days after learning about my limited role,” Reyna added. “I apologized to my teammates and coach for this, and I was told I was forgiven. Thereafter, I shook off my disappointment and gave everything I had on and off the field.”

Speaking at the HOW Institute for Society’s Summit on Moral Leadership in New York on Tuesday, Berhalter said in part that he “had a player that was clearly not meeting expectations on and off the field” and that it took an intervention from the coaching staff, as well as an apology to teammates, to get the player back in the team’s good graces. While Berhalter didn’t mention the player by name, sources later identified the player as Reyna, with the US coach telling ESPN on Sunday that the presentation in New York was supposed to be off-the-record.

Before the first match — a 1-1 draw against Wales — in which Reyna was an unused substitute, Berhalter said that Reyna was suffering from “some tightness,” though Reyna said after the match that he was “100 percent.”

It was soon after that Reyna was confronted by coaches and teammates and eventually apologized, while his status continued to be a topic of discussion for the remainder of the tournament.

Reyna finished his Instagram post on Monday with the following comment: “I love my team, I love representing my country, and I am focusing now only on improving and growing as a soccer player and a person.

“I hope that going forward each person involved in U.S. Soccer focuses only on what is in the best interest of the men’s national team so we can enjoy great success at the World Cup in 2026.”