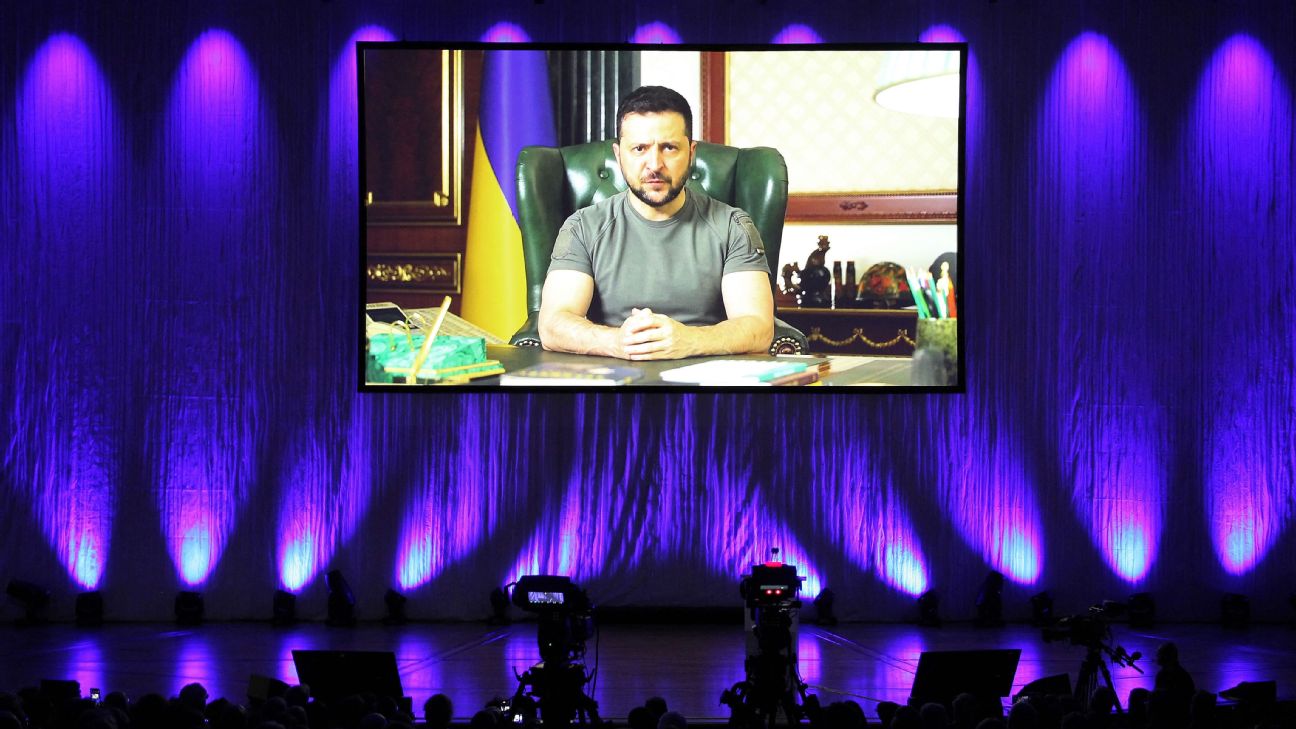 Ukraine president Volodymyr Zelenskyy said on Sunday the world still had heard his call for peace despite soccer governing body FIFA’s decision to decline to allow a video message to be broadcast ahead of the soccer World Cup final in Qatar.

Zelenskyy had asked for the video to be broadcast, including his call to hold a global peace conference to help resolve the war triggered by Russia’s invasion of Ukraine. Ukrainian soccer players and other officials had publicised the message, he said.

“Even though FIFA blocked this message from being aired at the stadium before the final game in Qatar, the world still heard our appeal,” Zelenskyy said in his nightly video address to Ukrainians.

The World Cup, he said, was the essence of striving to win.

“But the competition is on the playing field and not on the battlefield. The worst that can happen is a red card — and not the red button,” he said, alluding to the possibility of a nuclear strike.

CNN reported on Friday that Zelenskyy had asked FIFA to let him share a message of peace before the final.

“We offered [a] peace formula to the world. Absolutely fair. We offered it because there are no champions in war, there can be no draw,” Zelenskyy said in a video issued by his office.

Russia invaded Ukraine in February and the conflict has killed thousands of civilians and displaced millions from their homes.

“I announce the initiative to hold a Global Peace Formula Summit this winter. The summit to unite all nations of the world around the cause of global peace. Stadiums’ stands get empty after the match, and after the war cities remain empty,” the Ukrainian president said.

Ukrainian presidential aide Mykhailo Podolyak said on Twitter that FIFA “shows a lack of understanding of the disaster that the Russian federation is dragging the world into by starting a war in Ukraine.”

The global television audience for Sunday’s final was expected to have been in the hundreds of millions.