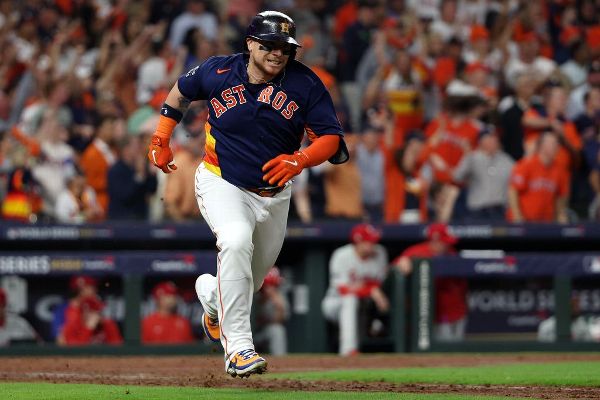 The Minnesota Twins are in agreement with free agent catcher Christian Vazquez on a 3-year, $30 million deal, sources familiar with the situation confirmed to ESPN.

The agreement is pending a physical.

Vazquez, 32, was sought after by a handful of teams after compiling a .714 OPS last season split between the Boston Red Sox and Houston Astros. In 2022, Twins catchers hit just .197 with a .630 OPS. Vazquez also ranked fourth among catchers in defensive runs saved last year.

The deal came together after an earlier trade in MLB saw two catchers change teams as Oakland Athletics‘ All-Star Sean Murphy was traded to Atlanta, while the Braves sent William Contreras to the Milwaukee Brewers.

Vazquez was considered one of the better free agent catchers on the market after Willson Contreras. The elder Contreras brother signed a 5-year deal with the St. Louis Cardinals last week.

The Twins finished third in the American League Central after experiencing an injury-plagued year though their starter at catcher, Gary Sanchez, played in 128 games, including 80 at catcher. He hit just .205 with a .659 OPS. Ryan Jeffers started 56 games behind the plate but didn’t fare much better in the batter’s box, hitting just .208.

Twins pitching ranked 18th in ERA with those two players getting the bulk of the starts at catcher. The Red Sox, Astros and Chicago Cubs were among the teams interested in Vazquez before he signed with the Twins.

The New York Post was first to report Vazquez signing with the Twins.