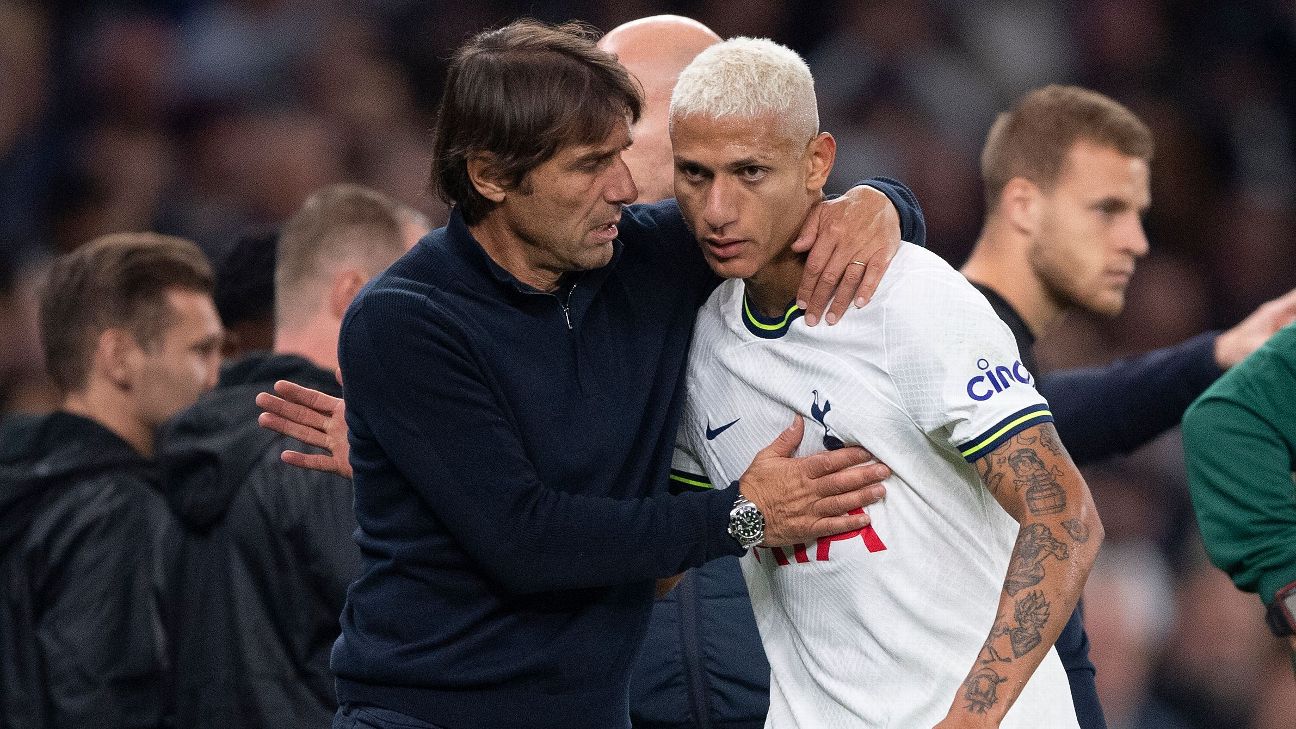 The other Tottenham players who sustained injuries at the World Cup, Uruguay‘s Rodrigo Betancur and Wales‘ Ben Davies, have returned to training. Betancur aims to feature in Conte’s side on Jan. 1 against Aston Villa.

“Ben Davies is okay and started to work with us last week, he has recovered. Rodrigo has started to work. I think that he’s going to be good for the game against Aston Villa,” Conte told SPURSPLAY.

“For Richy, tomorrow he’s going to have an MRI [scan] to know very well the importance of the injury. After tomorrow we will see very well the time he needs to recover.”

Richarlison scored three times for Brazil at the tournament in Qatar before being injured six minutes from the end of regular time in the match where Croatia won on penalties.

Tottenham, fourth in Premier League, take on Ligue 1’s Nice in a friendly on Wednesday before resuming league action by visiting Brentford on Monday.