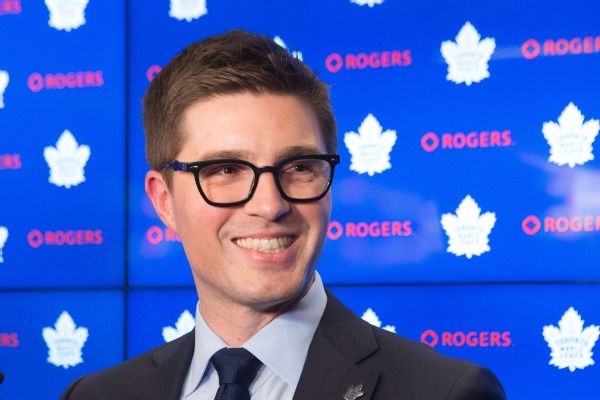 Toronto Maple Leafs general manager Kyle Dubas said he does not have a contract beyond the 2022-23 NHL season but doesn’t see that becoming a distraction for himself or the team.

“I’m more than happy to go through the year and be evaluated on the year and then have the decision made, because I believe in our group,” Dubas said on the first day of Toronto Maple Leafs camp on Wednesday.

Dubas was promoted to general manager in May 2018. The Leafs have made the Stanley Cup playoffs in all four of those seasons but haven’t advanced past the first round of the NHL postseason since 2004.

He said team president Brendan Shanahan informed him at the end of last season, after the Leafs were eliminated in seven games by the Tampa Bay Lightning, that Dubas would enter this season without a contract extension.

“For me, in the end, it’s best. I don’t obviously decide what the organization wants to do. I can only control what I can do each day,” Dubas said. “My view of it is that if we have the year that we’re capable of and the team plays the way that it’s capable of, my situation will get taken care of without issue. I don’t worry about it.”

Dubas was asked if his uncertain future could become a distraction for the team, much like a player waiting for a new contract might become in the dressing room.

Coach Sheldon Keefe, whom Dubas hired as Leafs coach in 2019, said he expects the general manager’s attention will be squarely on this season and not his contract.

“He’s absolutely focused on the end goal, which is to do what he can to help this team succeed and win the Stanley Cup. That’s the sole focus for him,” said Keefe, who has known Dubas since their junior hockey days. “I’ve worked with him for quite some time now. Been through a lot with him in different situations. He’s never allowed anything to be a distraction, to the group or to the job that he has to do,”