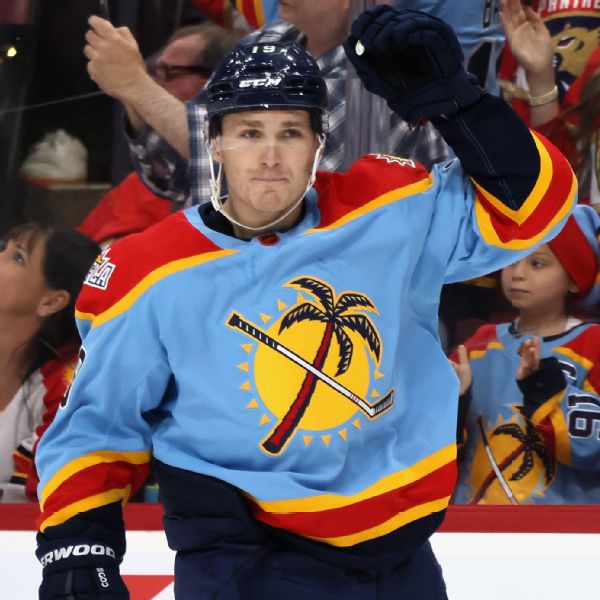 SUNRISE, Fla. — Rasmus Andersson scored in the fifth round of the shootout to lead the Calgary Flames over the Florida Panthers 5-4 Saturday night in a matchup of teams that made a major trade last summer.

“We didn’t have the start we wanted,” Tkachuk said. “But if we play like we did when we’re going and the energy’s high, there’s not many teams, if any, that can play with us.”

Tkachuk spent six seasons with the Flames before going to Florida in a trade for Jonathan Huberdeau and MacKenzie Weegar on July 22.

Florida captain Aleksander Barkov, Huberdeau’s longtime linemate, sent one more pass his way before they both skated to their rooms. Huberdeau was booed when he came out — and scored — in the second round of the shootout.

Tkachuk scored with 6:14 left in regulation to make it 4-all and help force overtime.

Ruzicka scored on a power play at 15:13 of the first period and Zadorov made it 2-0 with a goal 51 seconds into the second.

Florida tied it with two goals in the second — the first coming when Colin White stripped goalie Jacob Markstrom of the puck as he played it along the end board, took off and put it into the vacated net.

Reinhart made it 2-all with a power-play goal from the slot off a pass from Tkachuk.

Both Markstrom and Spencer Knight ended with 31 saves.

“This was a tight, even game,” Florida coach Paul Maurice said. “I don’t think either team had a long stretch of dominance. … It’s one of those games that 20 years ago would’ve ended in a tie and you would’ve thought that was right.”

Tkachuk returns to Calgary for the first time since the trade later this month.