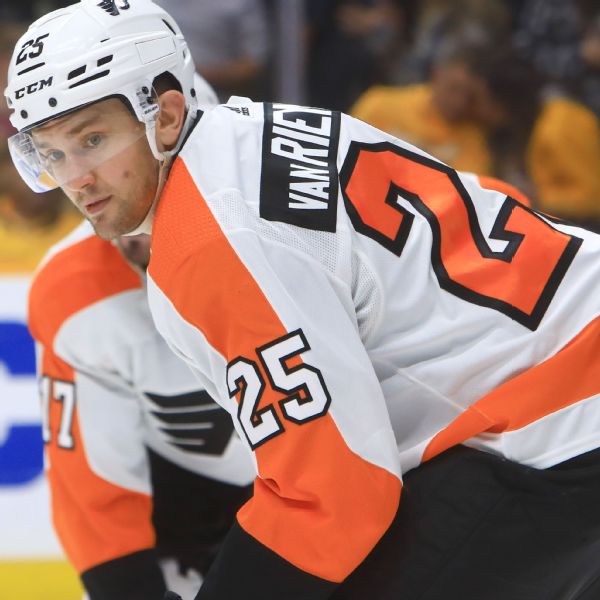 Van Riemsdyk, 33, will miss roughly a month after a solid start to the season under first-year coach John Tortorella. The left wing has two goals, and is third on the team with five points through six games.

On a rebuilding team that is looking toward the distant future, the 2007 No. 2 overall pick has found a role, and is averaging 15:30 time on the ice. He was on pace for a 27-goal season.

“This hurts,” Tortorella said. “It hurts our power play. It hurts some of the balance of your lines. He’s been a really good player. And there’s nothing we can do about that now.”

“Yeah, it’s big,” he said. “It’s tough for our group, but guys have to step up. And I feel like we’ve been doing that for a little bit here.”

Tortorella mentioned Laughton as a potential replacement for van Riemsdyk on the power play. Laughton, 28, also has two goals in Philadelphia’s six games.

Tortorella’s Flyers have played a tougher brand of hockey, and despite the surprising 3-0 loss to the Sharks, Philadelphia is 3-3. The Flyers will host the Florida Panthers on Thursday.