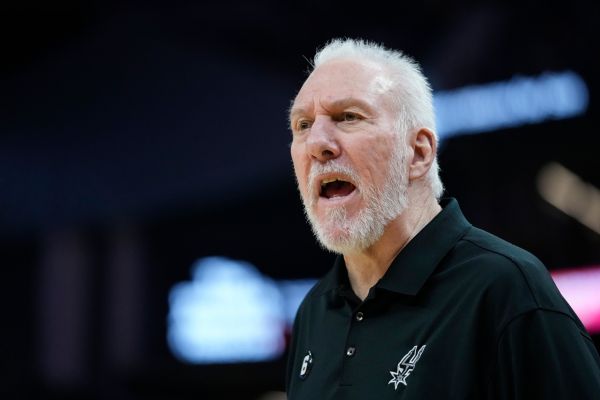 LOS ANGELES — San Antonio Spurs coach Gregg Popovich sat out Sunday’s game against the Los Angeles Lakers because of an illness, according to the team.

Assistant coach Brett Brown, the former longtime coach of the Philadelphia 76ers, filled in for Popovich.

Popovich, 73, spoke to reporters about an hour and a half before tipoff, but he was ruled out sometime thereafter.

San Antonio came into the night with an overall record of 6-11 but had lost nine of its previous 10 games.

Despite his team’s struggles, the NBA’s all-time leader in coaching wins offered a positive perspective.

“It’s about values and goals, that’s how you get through it,” Popovich said. “And beyond that, you kind of slap yourself: It’s really a tough life. I can’t pay my electric bill, the players can’t pay their gas bills and gas is too expensive for them to buy. C’mon, give me a break. This is the greatest job in the world, so if you complain, you’re an idiot.”