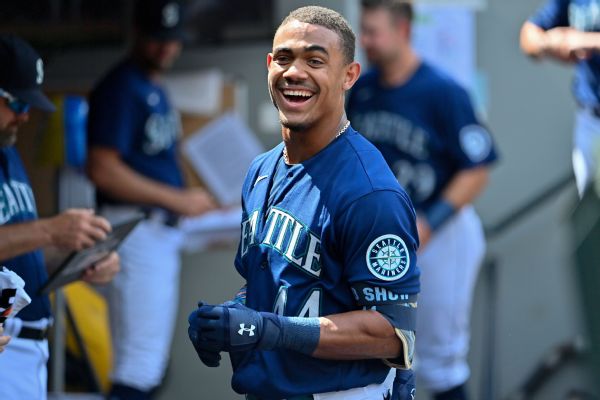 KANSAS CITY, Mo. — Seattle Mariners outfielder Julio Rodriguez, a leading candidate for the AL Rookie of the Year award, was put on the 10-day injured list Friday because of a lower back strain.

The move came with Seattle holding the third and final wild-card spot, a half-game behind Tampa Bay and four games ahead of Baltimore. Outfielder Taylor Trammell was recalled from Triple-A Tacoma.

Rodriguez left Thursday’s win at Oakland in the first inning after experiencing back tightness. The 21-year-old leads rookies in home runs (27), runs scored (81), and total bases (251) and is second in RBIs (73) and stolen bases (25). He was the only rookie to be chosen an All-Star this season.

“I was anticipating more of [Kelenic’s] reps would come on the corners, but with Julio out now, he’ll be playing in center field,” Mariners manager Scott Servais said. “We’re going to let him run with it.”