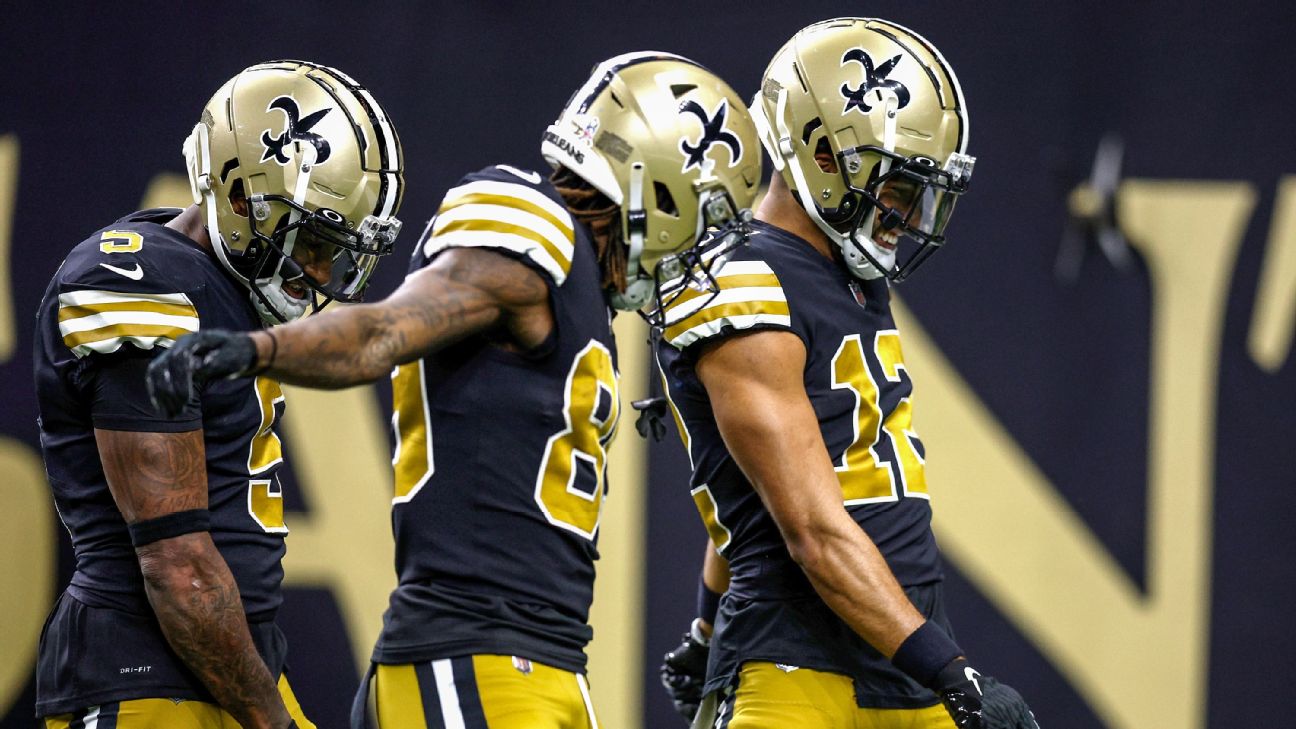 Dalton heaved the ball up on third-and-10 with two Los Angeles Rams defenders bearing down on him, one of whom was pulling him to the ground as the ball came out. Rookie wide receiver Chris Olave split two defenders, caught the ball around the 10-yard line and ran into the end zone for a 53-yard touchdown.

Olave’s third receiving touchdown of the season put the Saints up 24-14 with less than six minutes remaining in the third quarter and was his 17th deep target of the season, fewer than only Tyreek Hill (22), Terry McLaurin (20) and Stefon Diggs (18). Olave was the No. 11 pick out of Ohio State.

Dalton, who was potentially on the verge of being replaced by quarterback Jameis Winston earlier in the week after two weeks of offensive struggles, grinned and put his hands up in the air to signal a touchdown after Olave crossed the goal line.

The play is tied for Dalton’s longest touchdown pass of the season, the other also being to a rookie: wide receiver Rashid Shaheed in Week 7 at the Cardinals.

It was the third touchdown pass of the day for Dalton against the Rams, marking his second three-touchdown game of the season. He also threw a 7-yard touchdown pass to wide receiver Jarvis Landry on the previous drive.