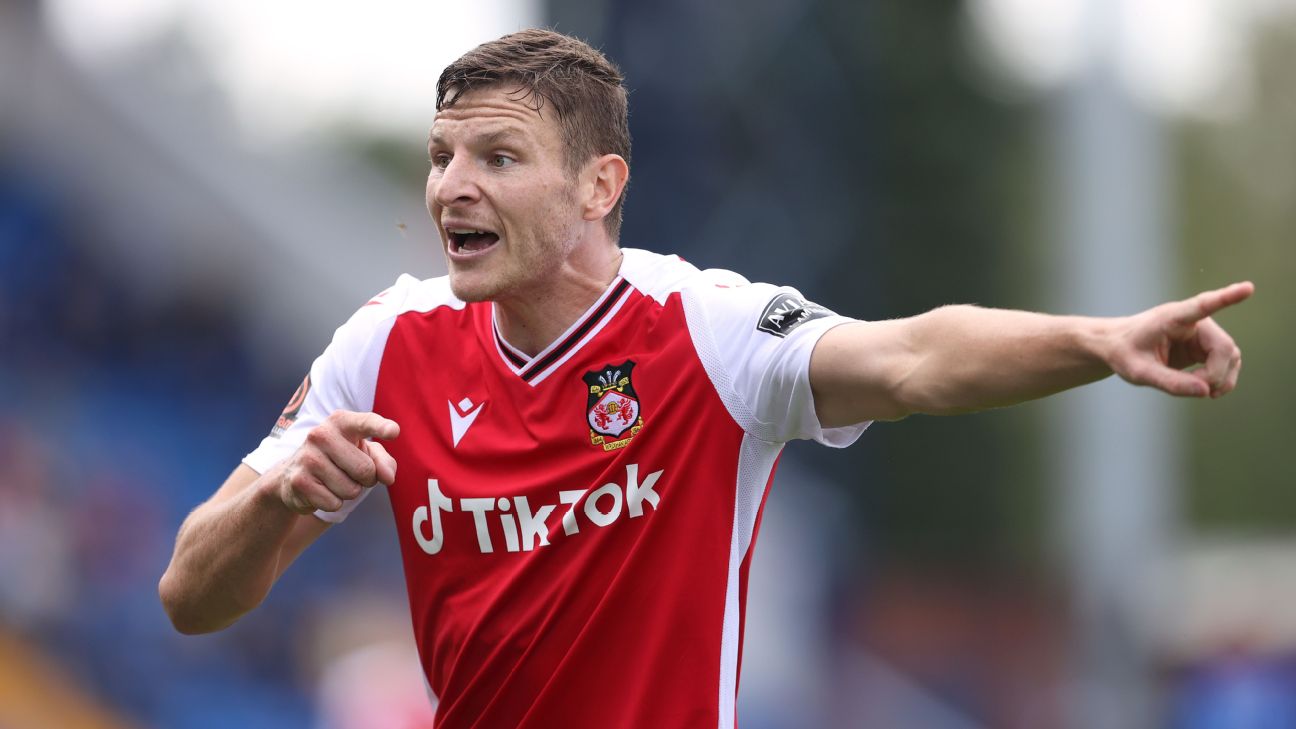 Wrexham have barred a player from wearing boots displaying an abusive message about Britain’s governing Conservative Party, the fifth-tier National League club said in a statement on Tuesday.

Forward Paul Mullin posted pictures of the boots, taken at the club’s Racecourse Ground, on Instagram on Monday.

Promotion-chasing Wrexham, owned by Hollywood stars Ryan Reynolds and Rob McElhenney, said the photographs were taken without the club’s “knowledge or approval” and that they take a “neutral position” on political matters.

Wrexham have banned forward Paul Mullin from wearing his custom-made boots which displayed a message saying: “F*** THE TORIES!” pic.twitter.com/zcdSETZEab

The club described the post as an “unwelcome distraction” before their home game against Halifax Town later on Tuesday but said the 27-year-old, who has scored 11 times in 14 league games this season, will remain a key player in their promotion bid.

“For the record, the pictures wouldn’t have been permitted to be taken, had we known, and the issue will be dealt with privately by the club,” Wrexham said in the statement.

“The club also acknowledge that everyone is entitled to their own opinion, whether that be employees or supporters, but would also highlight that an individual view cannot be fairly attributed as the view of everyone or the club itself.

“There is no more prominent example of this than the fact that the MP for the constituency within which the club is found is a Conservative seat.”