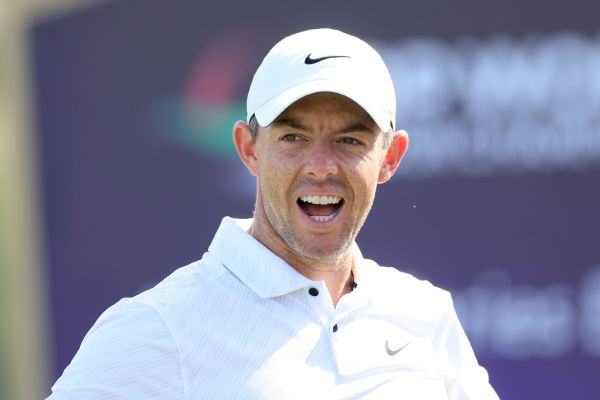 World No. 1 golfer Rory McIlroy said Tuesday that one thing has to happen before the PGA Tour and the LIV Golf circuit can work together: LIV Golf CEO and commissioner Greg Norman has to step down.

McIlroy, speaking to reporters ahead of this week’s DP World Tour Championship in Dubai, said the sides won’t come to a compromise until Norman, a two-time Open Championship winner, is no longer the public face of the new circuit being funded by Saudi Arabia’s Public Investment Fund.

“There’s a few things that I would like to see on the LIV side that needs to happen,” McIlroy said. “I think Greg needs to go. I think he just needs to exit stage left. He’s made his mark, but I think now is the right time to sort of say, ‘Look, you’ve got this thing off the ground, but no one is going to talk unless there’s an adult in the room that can actually try to mend fences.'”

Last week, Majid Al Sorour, CEO of the Saudi Golf Federation and leader of Saudi Golf, denied a published report in the Telegraph of London that Norman was being forced out. The Telegraph reported that LIV Golf was pursuing Taco Bell CEO Mark King to replace Norman. King was previously the CEO of Taylormade and president of Adidas in North America.

The Telegraph reported that King attended several LIV Golf events in its inaugural season and met with Yasir Al-Rumayyan, governor of the Saudi Public Investment Fund.

“Greg Norman is our CEO and Commissioner,” Al Sorour said in a statement last week. “Any suggestion that changes are being made to Greg’s title or role is patently false.”

In February, a Sports Resolutions UK panel will decide whether the DP World Tour can punish its members who competed in LIV Golf events, including Ian Poulter, Lee Westwood, Graeme McDowell and others.

LIV Golf and a handful of its players filed a federal antitrust lawsuit against the PGA Tour, in which LIV Golf claims the PGA Tour illegally suspended players for competing in LIV Golf tournaments and is wielding its monopoly power to squash competition. The PGA Tour filed a countersuit, claiming LIV Golf has interfered with existing contracts it had with its members.

“It’s obviously been a very contentious year in golf,” McIroy said. “And I’ve said this: The best thing in golf is to have all the best players playing together, and what’s happening right now, that’s not happening. So I fear for the game when that’s going on.

“It’s contentious because there’s lawsuits going on and people suing people; it’s very, very messy. So again, if all that stuff can be sorted out one way or the other, then you can get to the stage where there’s forgiveness and people can have dialogue and come to some sort of common ground or compromise. But while all this is happening, it’s very hard to do that.”