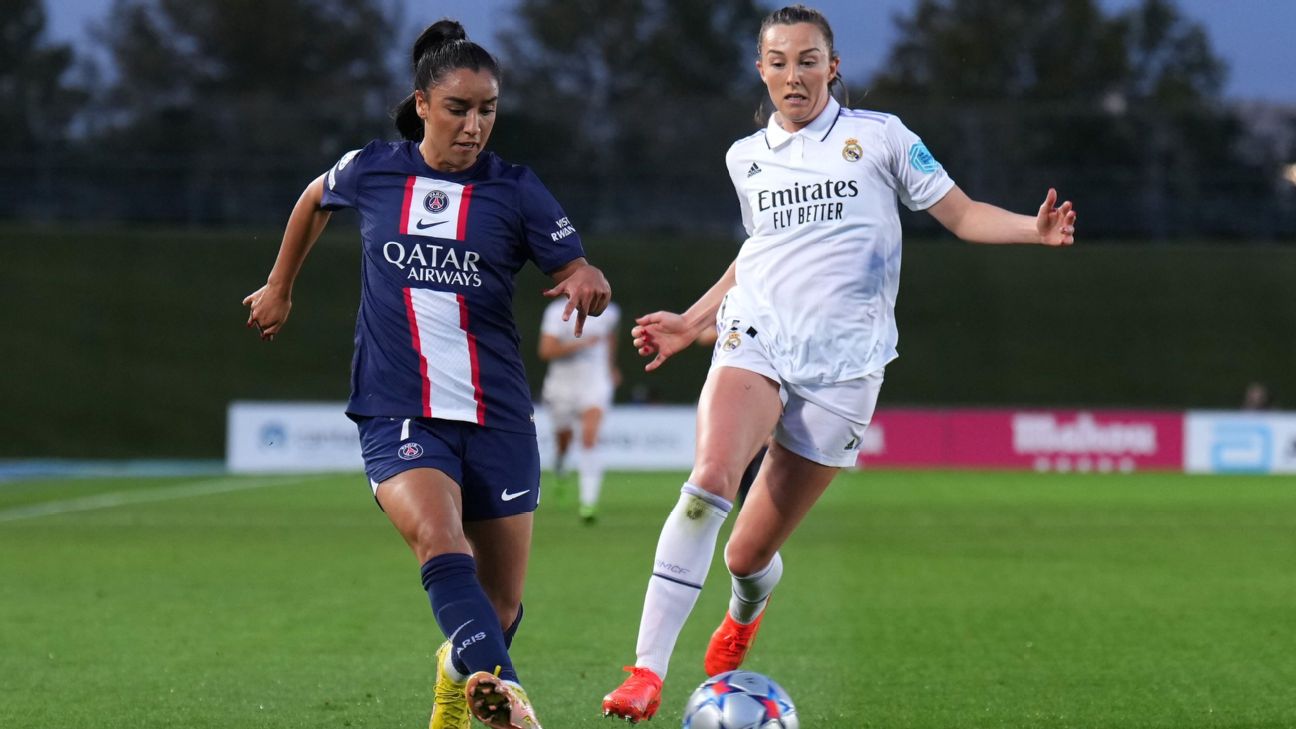 Real Madrid and Paris Saint-Germain played out a scoreless draw on the second match day of the UEFA Women’s Champions League group stage on Wednesday.

PSG travelled to Madrid in hopes of getting their first points of the group following a loss to Chelsea last week but, despite a number of dangerous balls into Misa Rodríguez’s box, there was no one there to connect for the visitors.

The sheer lack of goals from countless good chances wasn’t exclusive to the French side, however, as Madrid laboured to take the opportunities presented to them. From Lieke Martens striking the bar in the first half to Sandie Toletti missing an open goal in the second, there was nothing to separate the two sides, in goals or underwhelming efforts.

With two games played, PSG are yet to find the back of the net having lost 1-0 to Chelsea in Paris last week. And with strike Marie-Antoinette Katoto out for the foreseeable future with an ACL injury, coach Gerard Precheur is under pressure to find a source for goals.

In a group that promised to feature a battle for second between PSG and Madrid, all eyes will be turning to their second meeting, in Paris, in mid-December.

In the other early kick-off, Roma came back from two goals down at St. Polten to pick up all three points with a 4-3 win in Austria.

St. Polten looked in control after captain Jasmin Eder’s first-half penalty was added to less than two minutes into the second half when Rita Schumacher finished from point-blank range.

Despite peppering Carina Schluter’s goal, out-shooting their opposition more than five-times over, Roma needed 75 minutes to break their duck when Schluter failed to hold on to Elena Linari’s lashed effort. That goal, though, would open the floodgates..

After pushing Andressa Alves’ penalty onto the post, there was little Schluter could do when Valentina Giacinti fired home the rebound to bring the visitors level. The turn around was complete three minutes later when Manuela Giugliano gave Roma the lead after the hosts’ goalkeeper dropped her effort from range.

The visitors weren’t done there and added a fourth three minutes from time through substitute Paloma Lazaro. The 29-year-old attacker picked out the bottom left corner with a powerful shot from 25-yards out. Maria Mikolajova’s effort a minute from the end proved to be no more than a consolation for St. Polten.

In the other Group B game on Wednesday, two-time Champions League winners Wolfsburg will visit Slavia Prague.