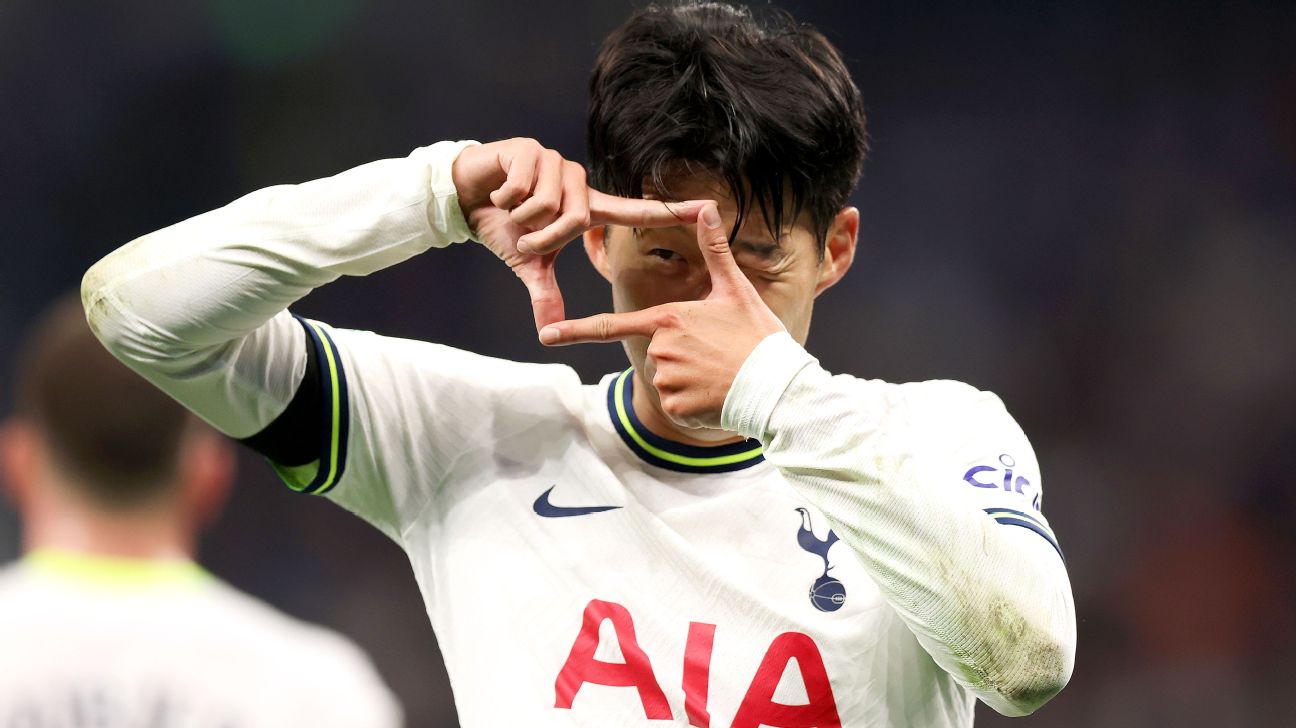 Real Madrid are interested in Tottenham Hotspur star Son Heung-Min, according to Sport1.

The 30-year-old South Korea international is reported to be looking to take the next step in his career despite signing a four-year contract with Spurs in 2021, and he is set to consider his future over the coming months.

Despite recent form that has seen Son fail to score in 11 of 12 Premier League matches this season, Carlo Ancelotti is reportedly keeping an eye on him, and the La Liga champions could make a move if he decides he wants to finish the peak years of his career competing in the Champions League.

Son joined the north London club from Bayer Leverkusen for £22 million in 2015, and he has since gone on to score 96 times from 244 league appearances.

– Barcelona are already preparing future contract talks with Ousmane Dembele, reveals Fabrizio Romano. The 25-year-old winger has been in impressive form since signing a new deal with the club in the summer, contributing to eight goals in 11 La Liga appearances, including one score and three assists in a 4-0 win over Athletic Club on Sunday. His current contract sees him secured at the Camp Nou until the summer of 2024.

– Arsenal are keen on a move for Sergej Milinkovic-Savic, reports Calciomercato. The Gunners are reported to have moved the 27-year-old midfielder up their shortlist of targets, and they are willing to offer a player-exchange deal that would see Albert Sambi Lokonga head in the other direction as part of a proposal that includes an offer in the region of €50m. Milinkovic-Savic has made 11 league appearances for Lazio this season, contributing to 10 goals — form that has also seen him linked with Juventus.

– Midfielder Gerson is looking for an exit from Marseille, reports L’Equipe. It is understood that his representatives are already assessing possible options that would allow him to leave the Ligue 1 club when the January transfer window opens. The 25-year-old is currently unhappy with his situation after losing his position as a starter.

– Sergio Ramos could be offered a new one-year contract that includes the option of an additional year, writes Ekrem Konur. The 36-year-old centre-back has maintained a better injury record this season, having starred for Paris Saint-Germain in 15 games across all competitions, and it looks as though that has done enough to convince the Parc des Princes hierarchy to keep him at the club.

– Mexico international Edson Alvarez has been identified as a potential successor for Sergio Busquets at Barcelona, according to Sport. The Blaugrana are reported to have been keeping a close eye on the 25-year-old Ajax Amsterdam midfielder, as Xavi Hernandez continues to look for reinforcements in the January window. The Eredivisie club previously rejected an offer of around €50m for his services from Chelsea, but there is hope that they could be willing to part ways with him in the winter.