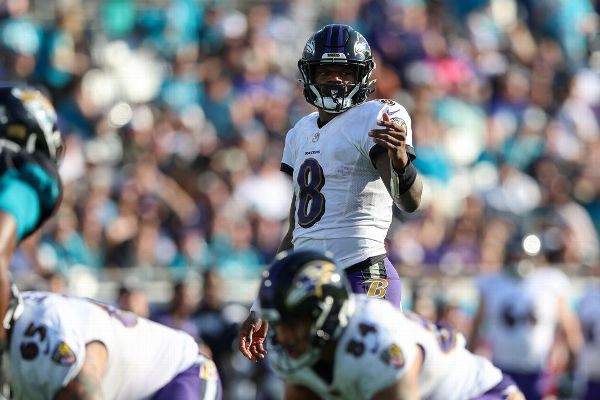 About a half hour after the Ravens’ 28-27 loss to the Jacksonville Jaguars, a Twitter user tagged Jackson in a tweet that read: “someone asking for over $250 million guaranteed like [Jackson] … games like this should not come down to [kicker Justin Tucker].”

The fan added, “Let Lamar walk and spend that money on a well-rounded team.”

Jackson snapped back shortly afterward with a profane reply, saying, among other things, that the fan “never smelt a football field.”

The Ravens and the NFL did not respond to emails seeking comment on Jackson’s tweet. Ravens coach John Harbaugh will speak to reporters at 2:30 p.m. ET Monday and will likely be asked about Jackson’s social media exchange.

Jackson was visibly frustrated after the game, which was the Ravens’ third loss this season after leading by multiple scores in the fourth quarter. That ties the most in a season in NFL history, according to research by ESPN Stats & Information.

“I don’t like losing,” Jackson said. “Nobody likes losing.”

Jackson acknowledged it would have been a different game if Baltimore hadn’t struggled finishing off drives early. The Ravens finished 2-of-5 in the red zone, settling for three short field goals.