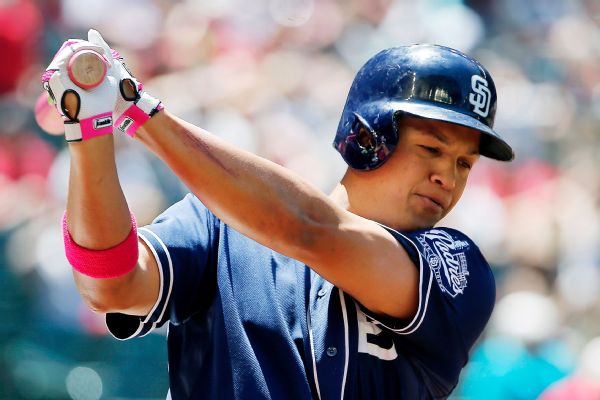 The Rangers didn’t immediately specify what responsibilities Venable would have with that new title. He was the bench coach for the Boston Red Sox the past two seasons after three years on the Chicago Cubs‘ coaching staff.

“Will is highly regarded within the game, and I am very happy to have him on the staff as we prepare for the 2023 season,” Bochy said in a statement. “Will has acquired extensive coaching experience in a short period of time since his playing career ended, and that experience will be invaluable to me as we work to build a winning environment in Texas.”

It was the first addition to the big league staff since Bochy came out of a three-year retirement last month to become manager of the Rangers, who have had six consecutive losing seasons. The most notable unfilled vacancy is pitching coach.

The remaining full-time coaches were offered the opportunity to return, with roles to be determined. That included Tony Beasley, the longtime third base coach who was the interim manager for 48 games after fourth-year manager Chris Woodward was fired in mid-August.

The Rangers said in their statement announcing Venable’s hiring that they were “continuing to finalize” their major league staff.

General manager Chris Young said Tuesday, after All-Star left-hander Martin Pérez accepted a $19.65 million qualifying offer to remain with the team, that the Rangers were still going through the interview process in the search for a pitching coach.

“We’re making progress there,” Young said. “But at this point, no, announcements to make.”

Before working on the staff of Red Sox manager Alex Cora, the 40-year-old Venable was the first base coach in Chicago in 2018 and 2019, then was the Cubs’ third base coach in 2020.

During nine big league seasons as a player, Venable hit .249 with 81 homers and 307 RBI in 967 games. He played for the San Diego Padres from 2008 until August 2015, when he was traded to Texas and played 37 regular-season games and in the American League Division Series for the AL West champion Rangers. He finished his playing career with the Los Angeles Dodgers in 2016.

Venable was picked by San Diego in the seventh round of the 2005 draft out of Princeton, when he was only the second Ivy Leaguer in history to earn first-team all-league honors in both baseball and basketball. The other was Rangers GM and former big league pitcher Young, a third-round MLB pick out of Princeton in 2000.