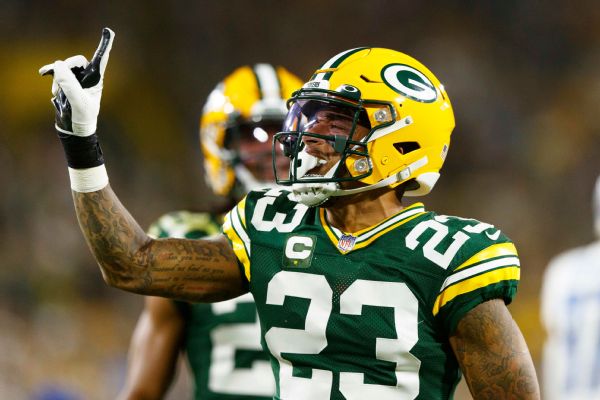 The announcement was made in conjunction with the Rams and Packers playing on Monday Night Football at Lambeau Field. The remainder of the NFC team, and the entire AFC team, will be made Wednesday.

The NFL announced in September that it would no longer play a conventional football game at the Pro Bowl, opting instead for a re-branded series of events that will include multiple skill competitions in addition to flag football.

The previous format, which dated back to 1951, had been under scrutiny for more than a decade as players grew increasingly reluctant to subject themselves to the physical pounding that occurs during standard games.

Pro Bowl Games week will take place in Las Vegas, and the flag football game is scheduled for Feb. 5. Peyton Manning has been named the AFC coach, and his brother Eli Manning is the NFC coach. Peyton Manning’s Omaha Productions will participate in programming and promotion for the event.

Donald, named to the Pro Bowl for the ninth consecutive year, is inactive for Monday night’s game a Lambeau because of an ankle injury. Alexander, meanwhile, earned his second Pro Bowl honor. He is tied for No. 5 in NFL with four interceptions, his career high.