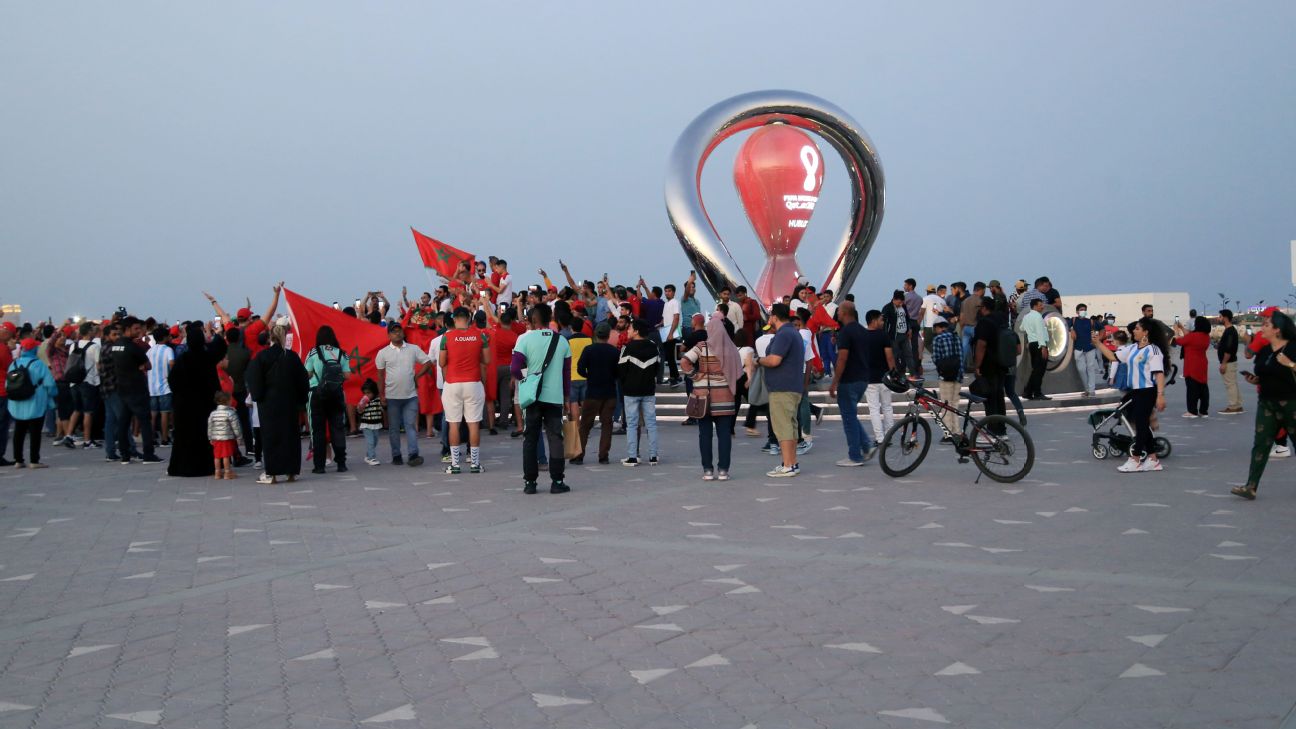 The Qatar 2022 Supreme Committee (SC) has hit back at accusations there are paid, fake football fans at the World Cup, after videos posted online were met with scepticism as to their authenticity.

The SC claimed “numerous journalists and commentators on social media” suggested clips of fans celebrating in Qatar were in fact impostors, labelling the assertions “disappointing and unsurprising.”

A statement from the Committee read: “With four days to go until the FIFA World Cup Qatar 2022 kicks off, anticipation and excitement is building in Qatar as we prepare to welcome the world.

“Fans from all over the world — many of whom have made Qatar their home — have contributed to the local atmosphere recently, organising fan walks and parades throughout the country, and welcoming the various national teams at their hotels.

“Numerous journalists and commentators on social media have questioned whether these are ‘real’ fans. We thoroughly reject these assertions, which are both disappointing and unsurprising.”

We now got an apology from Qatar International Media Office and from Qatar Supreme Commitee.
This is what happened when we were broadcasting live for @tv2nyhederne from a roundabout today in Doha. But will it happen to other media as well? #FIFAWorldCupQatar2022 pic.twitter.com/NSJj50kLql

Various fans met the England team upon their arrival in Qatar on Tuesday, with one supporter telling the Times newspaper: “None of us are getting paid. We are diehard England fans. My favourite player was David Beckham, but now it is [Bukayo] Saka. If someone offered to pay us to support England we would turn them down. We are genuine supporters. Many of us grew up watching Beckham and Michael Owen. Our love is to this team.”

The SC’s statement added: “Qatar, and the rest of the world, is comprised of a diverse range of football fans, many of whom share emotional connections with multiple nations.

“In different places around the world, fans have different traditions, different ways to celebrate, and while that may contrast with what people are used to in Europe or South America, it doesn’t mean the passion for football is any less authentic. Journalists on the ground who speak and meet these fans are realising the reality.

“We look forward to the continuing build up to the kick off of the 2022 FIFA World Cup and it truly representing a moment that connects fans from all over the world, no matter how they choose to support their favourite teams.”

The tournament in Qatar kicks off on Sunday, with the host nation facing Ecuador.