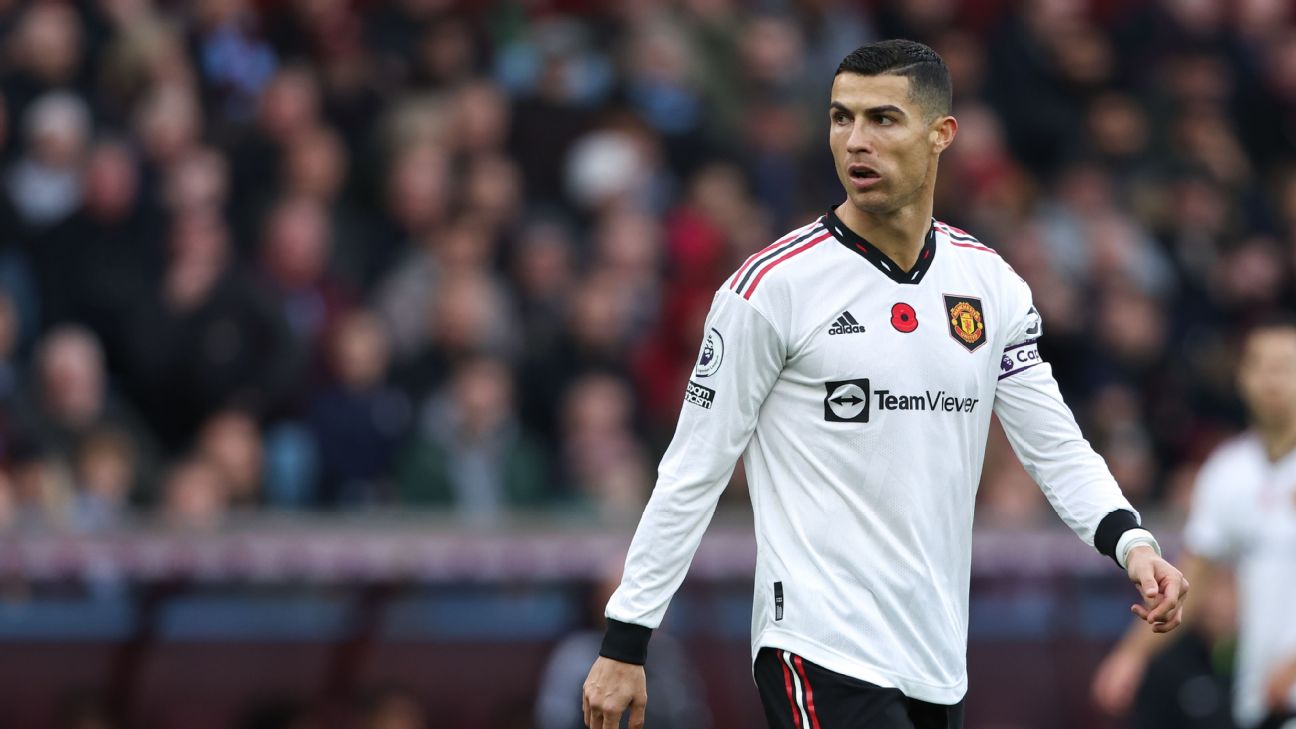 Paris Saint-Germain are still interested in Cristiano Ronaldo while Chelsea are “not unwilling” to make a move for the Manchester United star, according to Sky Sports Germany.

PSG were previously linked with the 37-year-old Portugal striker in the summer, and the latest indicates that the Parc des Princes hierarchy are yet to close the door on a potential move for him.

Ronaldo’s shocking interview this weekend — in which he blasted United and manager Erik ten Hag — has left the Old Trafford club furious over his comments and timing, sources have told ESPN.

PSG advisor Luis Campos is understood to have some concerns over an approach, with the belief that they should prioritise signing young players to the squad. If Ronaldo were to move to PSG, he could enter a side that already has veteran stars Lionel Messi (35 years old) and Neymar (30 years old) playing key roles in the attack.

While a frontrunner is yet to be established for Ronaldo, Chelsea and Sporting CP are also linked with interest in his signature. However, Sky Sports Germany’s report cites an unspecified issue with United letting Ronaldo return to Sporting, his first professional club.

– The race for Youri Tielemans could heat up in January, with Arsenal and Barcelona keen on his signature, reports Sport. The 25-year-old Leicester City midfielder will have just six months left on his contract at the King Power Stadium in January, and that will allow clubs from outside of the Premier League to offer him a pre-contract agreement.

– Ilkay Gundogan is being tracked by Barcelona, reports Sky Sports Germany. With his contract set to expire at the end of the season, it is understood that the Blaugrana are highly interested in the 32-year-old Germany international midfielder, who is yet to decide whether he will stay with Manchester City beyond next summer. He has made 12 appearances in the Premier League this season.

– Sergino Dest could be set to remain at the San Siro, with AC Milan interested in renewing his loan deal, according to Calciomercato. The United States wing-back has impressed since joining the club on loan from Barcelona, and is understood to have caught the attention of Paolo Maldini with his recent performance against Fiorentina on Sunday. While the Rossoneri have the option to make his current move become permanent for €20 million, the latest indicates that they will soon open talks over a new loan proposal for the 22-year-old.

– Sevilla are interested in Villarreal centre-back Pau Torres, according to Ekrem Konur. The 25-year-old is reported to also be on the radar of clubs in Italy and England, with his contract set to enter the final 18 months in January. Torres has made 13 appearances in La Liga this season, while also being a regular starter for the Spain national team.

– Alan Matturro looks set to make the switch to Italy, with Serie B side Genoa close to completing a move for him, reveals Gianluca Di Marzio. The 18-year-old defender currently plays for Uruguay-based side Defensor Sporting, where he has also caught the attention of Internazionale. It is reported that Inter’s offer is worth €3m plus bonuses, with a future transfer fee clause of 20%.