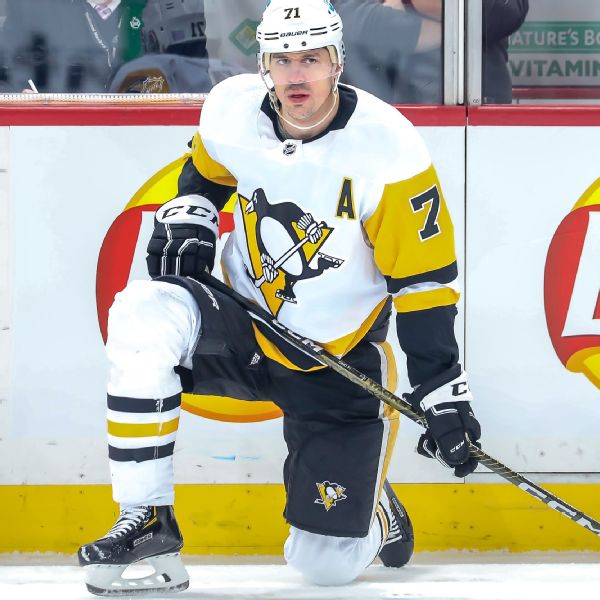 CHICAGO — Pittsburgh forward Evgeni Malkin played in his 1,000th NHL game on Sunday night at Chicago, becoming the 11th player to reach the milestone with the Penguins.

Malkin’s teammates paid tribute to his accomplishment by doing his usual stretching routine during pregame warmups.

“We marvel sometimes at what he’s able to accomplish on the ice,” coach Mike Sullivan said. “He’s one of the more dominant players in our league when he’s at his best, and we’ve seen him at his very best through some of the Stanley Cup runs.”

The 36-year-old Malkin entered the matchup with the Blackhawks with a six-game point streak. He has seven goals and 12 assists in 18 games this season.

It looked as if Malkin was going to try free agency for the first time last summer. But he decided to stay in Pittsburgh for a four-year contract worth $6.1 million annually.

Now he joins teammate Sidney Crosby as the only players with 1,000 games for the Penguins.

“He’s been just such a big part of the Penguins’ success that they’ve had here in his time here,” Sullivan said.

Malkin, who has also played in the Olympics three times, is the 32nd active player and No. 373 overall with 1,000 career games. He is the eighth Russian-born player to reach the milestone.