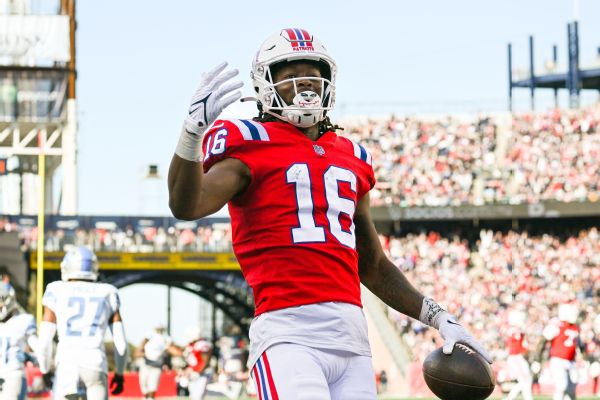 FOXBOROUGH, Mass. — New England Patriots wide receiver Jakobi Meyers is in concussion protocol after taking a hit to the head last week, and the team has ruled him out for Monday’s road game against the Arizona Cardinals (ESPN, 8:15 p.m. ET).

Meyers, who leads the team with 593 receiving yards and is second with 50 catches, didn’t practice the past three days.

The injury occurred with just less than three minutes to play in a 24-10 loss to the Buffalo Bills on Dec. 1, when Meyers was drilled by safety Damar Hamlin on a slant route in the end zone.

Hamlin, a second-year player from the University of Pittsburgh, was penalized for unnecessary roughness (a shoulder to the head of a defenseless receiver) and referee Shawn Hochuli also ejected him. Hamlin was fined $4,806 for the hit, per source.

Rookie Jack Jones, a fourth-round pick from Arizona State, projects to start in place of Mills at cornerback.

Yodny Cajuste, a fourth-year player from West Virginia, is the top candidate to replace Wynn if healthy. Cajuste has been limited by calf and back injuries, so the team might have to turn to recently signed Conor McDermott at right tackle.