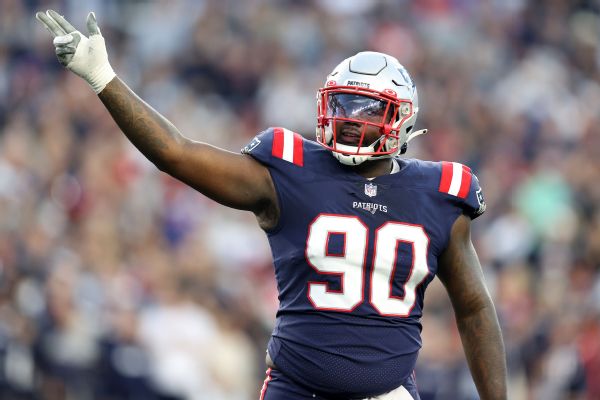 Barmore, a 2021 second-round pick from the University of Alabama, had missed the past three games and the Patriots (5-4) were coming off the bye, sparking hope that he was on the cusp of returning for the critical home game Sunday against the New York Jets (6-3).

But Barmore appeared to have a setback earlier this week. After being a limited participant Wednesday and Thursday, he didn’t take part in practice Friday.

The 6-foot-5, 310-pound Barmore was named to the Pro Football Writers of America All-Rookie Team in 2021 after playing in every game and totaling 46 tackles, 1.5 sacks and nine quarterback hits.

This season, in six games, he has totaled 15 tackles, 1 sack and 3 quarterback hits. Arguably his greatest value to the team has been as an interior pass rusher, while he has also been tabbed as a stout presence against the run behind starters Lawrence Guy and Davon Godchaux.

Barmore won’t be eligible to play again until Dec. 18 at the earliest, when the Patriots visit the Las Vegas Raiders. Undrafted rookie center Kody Russey, who played in college at Houston, was signed to fill his spot on the 53-man roster.