Owner wants Aaron Judge with Yankees for ‘rest of his life’ 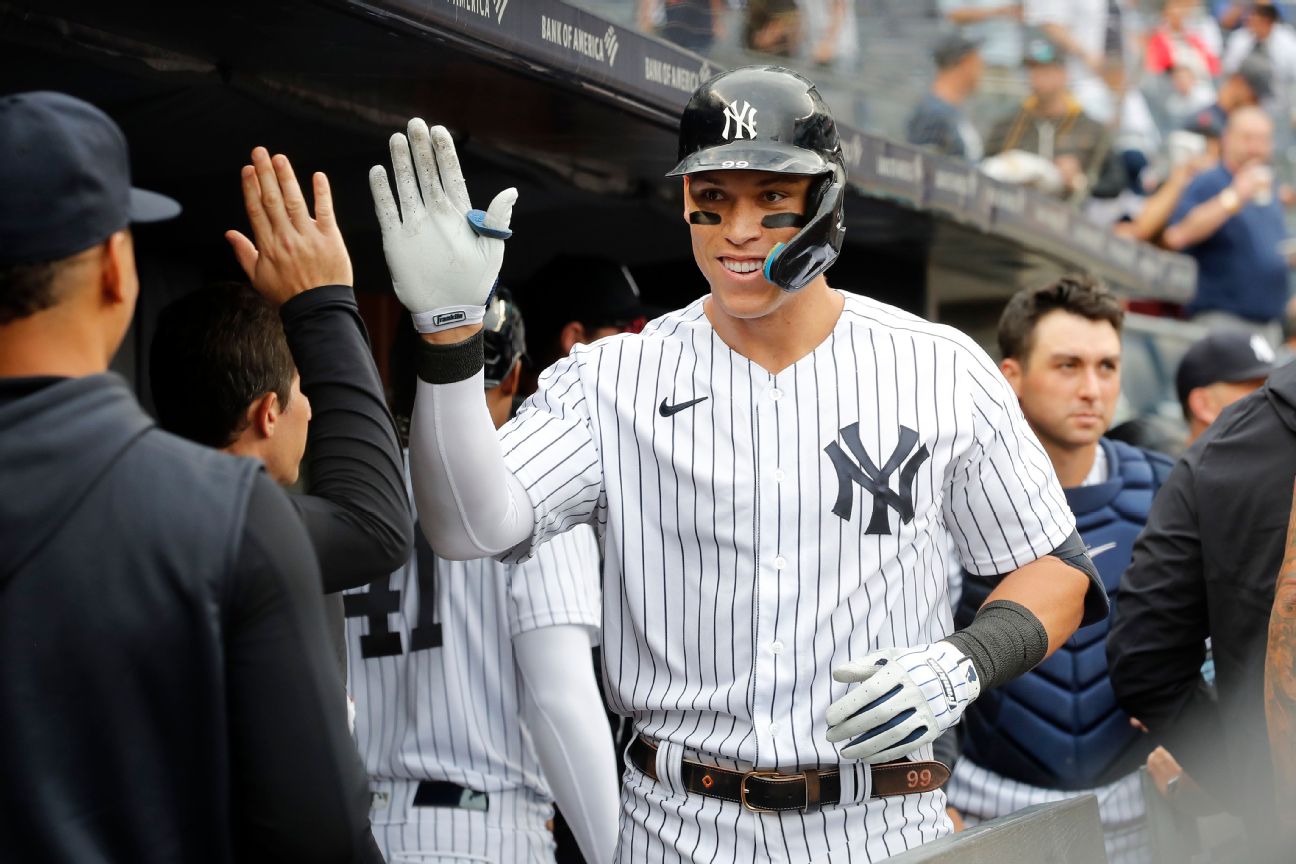 NEW YORK — Yankees managing general partner Hal Steinbrenner wants to leave no doubt about where he stands on Aaron Judge‘s future in pinstripes.

“I’ve absolutely conveyed that I want him to be a Yankee for the rest of his life,” Steinbrenner said at the MLB owners meetings in New York on Tuesday. “No doubt about that. He knows that.”

The sentiment marked the latest in a string of public comments from Steinbrenner indicating the team’s strong interest in bringing back Judge on a long-term contract. In an interview with YES Network, Steinbrenner said naming Judge as the team’s captain if the slugger returns “is something we would consider.”

Judge has stated in the past that his preference is to remain with the Yankees, and Steinbrenner believes that is still the case.

“I do believe [Judge] wants to be a Yankee,” Steinbrenner said. “I think we’ve got a good thing going here.”

Judge turned down an offer from the Yankees prior to Opening Day this season that would have paid him $213.5 million from 2023 through 2029. He responded with the best season of his career — hitting an American League record 62 home runs and likely locking up AL MVP honors — and cemented his spot as one of the top free agents on the market.

“The rest is up to him and his family and where they want to go from here,” Steinbrenner said. “But we’re going to do what we can, I assure you.”

While Judge will likely receive one of the biggest free-agent contracts, Steinbrenner said it would not prevent the Yankees from spending more money in free agency.

“We have plenty of ability to make other things happen too,” Steinbrenner said.

Owner wants Aaron Judge with Yankees for ‘rest of his life’