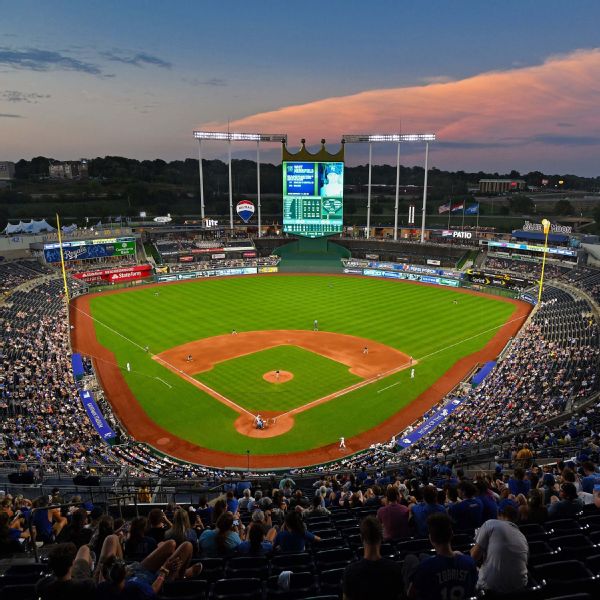 In a letter to fans posted on social media, Sherman said the sites are in or near downtown Kansas City, but he did not elaborate. Kauffman Stadium and Arrowhead Stadium, the home of the Kansas City Chiefs, are located far from the city’s downtown.

“In the spirit of (Royals founder) Ewing Kauffman, our current mission is to look ahead to ensure that Major League Baseball and the Kansas City Royals will thrive in this region for decades to come,” Sherman said.

Sherman, who bought the team in 2019, estimated the new stadium could cost up to $2 billion, which he said would make it the most expensive project in Kansas City history.

Sherman announced last year that the Royals were discussing whether to build a new stadium or renovate Kauffman, which will be 60 years old when the team’s lease expires in 2031.

In his letter, Sherman said renovating the current stadium up to standards, needed to compete with other organizations, would cost as much as or more than the new stadium.

“A new home would be a far better investment, both for local taxpayer dollars already supporting our facility, and for the Kansas City community,” Sherman said.

He said supporters envision a ballpark district around the new venue, with restaurants, shops, offices, hotels and affordable housing.

After a push in the early 2000s to build a stadium downtown fizzled, Jackson County voters in April 2006 approved a sales tax increase to fund $250 million in renovations to Kauffman and Arrowhead.

The new proposal will rely on continuing the team’s current public-private partnership and investment with several local jurisdictions and the state of Missouri, said Sherman, who pledged that Jackson County residents would not be asked to contribute more tax dollars to the stadium than they currently do.

The next steps will include team officials holding a listening tour throughout the area to discuss the plan and beginning discussions with local, state and federal officials about possible additional funding sources.