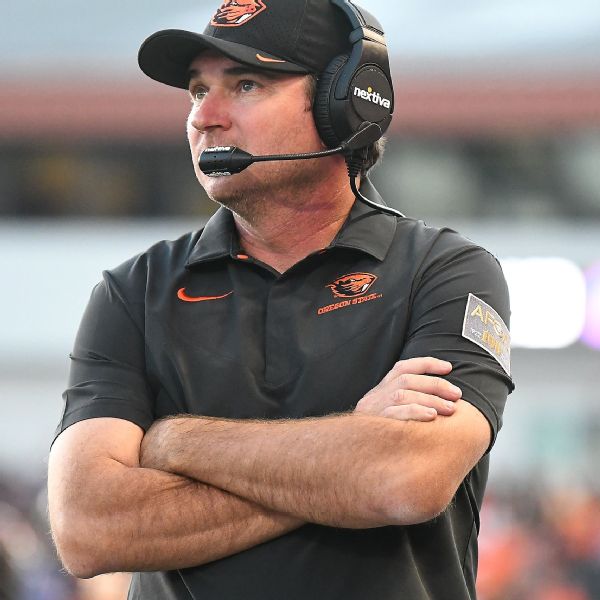 Smith’s deal comes after leading the Beavers to a 9-3 record and will include guaranteed compensation of $4.85 million annually, beginning March 1. It will increase by $100,000 each year, eventually landing at $30.6 million for the life of the contract.

“Coach Smith has taken the Oregon State football program to new heights, and we knew it was important to reward him and his staff to keep the momentum moving forward,” Beavers athletic director Scott Barnes said in a statement. “The success they’ve achieved on the football field has been evident, and Coach’s Smith leadership and the work of his staff also has changed the culture of the program in the classroom, the weight room and the community.”

Oregon State, which will take on Florida (6-6) on Saturday in the SRS Distribution Las Vegas Bowl, is Smith’s first head-coaching position after a quick climb through the ranks as an offensive assistant elsewhere.

With the exception of the COVID-19-shortened season of 2020, Smith’s teams showed progress in victories from one year to the next. In 2018, the Beavers stumbled to a 2-10 finish before a 5-7 2019 campaign gave way to the shortened 2-5 season. Last year, the Beavers finished 7-6 and lost their bowl game. This season, they reached nine wins with an emotional victory in the regular-season finale against rival Oregon.

“The program is in a way better place, so it is really meaningful,” Smith said in advance of this season’s senior day. “I can’t list all of them right now, but I just think about some of these guys that have done some really special things and worked at it.”

As a player, Smith was under center for one of the more memorable offenses in 2000. A junior at the time, Smith led the Beavers to an 11-1 record and a No. 4 finish in the final Associated Press Top 25 poll. The high-flying offense also featured wide receivers Chad Johnson and T.J. Houshmandzadeh, who both graduated to the NFL. That team ended its run with a 41-9 victory over Notre Dame in the Fiesta Bowl. Smith was named the game’s MVP.

“I want to thank Scott Barnes and the Oregon State administration for continuing to support this football program and everyone who works tirelessly for our student-athletes and all of Beaver Nation,” Smith said in a statement Sunday. “We are proud of what has been accomplished, but the work is not done and we’ll continue to put in the effort and do it the right way.”