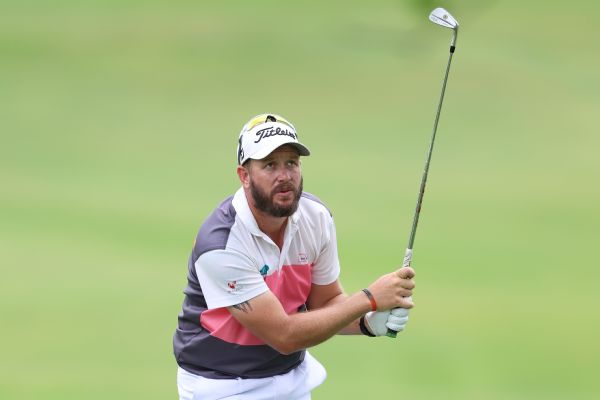 MALELANE, South Africa — Ockie Strydom carded a 63 to equal the course record set by Scott Jamieson a day earlier and join the Scottish player in a share of the lead after three rounds of the Alfred Dunhill Championship on Saturday.

Home player Strydom made a late bogey on No. 16 to miss setting a new course record at Leopard Creek but his round still contained eight birdies and an eagle to take him to 15 under par overall and level with Jamieson.

Jamieson started slowly, mixing two birdies with three bogeys on the front nine. He bounced back with three straight birdies coming home for a 2-under 70 to stay in contention.