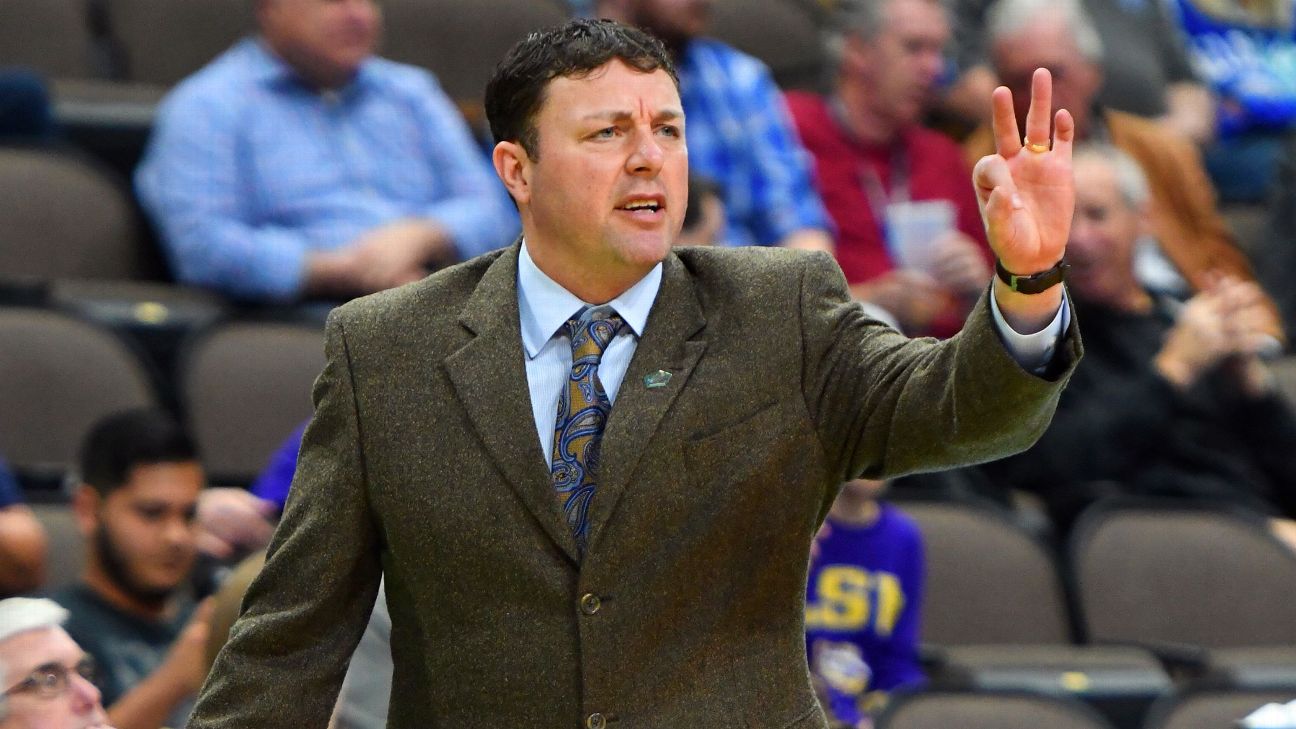 New Mexico State coach Greg Heiar said he feared possible retaliation in the aftermath of a fatal shooting that involved one of his players, according to New Mexico State Police body camera footage released to ESPN on Friday.

Heiar spoke with New Mexico State Police officer David Esquibel hours after Aggies junior forward Mike Peake shot and killed Brandon Travis, a University of New Mexico student, on Nov. 19 at a dorm on the UNM campus in what state police have called a self-defense incident. Heiar told Esquibel that he was concerned for the safety of his family and his players but promised the officer, “If I hear anything, I will call right away.”

The New Mexico State-New Mexico game set for that day was canceled after the shooting, as was a Dec. 3 matchup on the Aggies’ campus.

Peake was also shot in the incident. State police have said he was set up by a 17-year-old girl and her friends who had been in a fight with Peake at a football game between the schools.

Heiar did not answer phone calls from state police after the interview. He loaded his team onto a bus after the game was canceled as state police pursued potential evidence and interviews with three New Mexico State players who were seen with Peake after the shooting, according to a state police investigation report.

“I mean, [Peake] is going to have a long road ahead of him no matter what,” Heiar told Esquibel. “He may never play a second of basketball for me ever again. That’s just the reality, so I need to protect the rest of my team and the rest of my people while you guys are doing the investigation.”

Heiar added: “I’m worried about my wife and daughter just being at the game. A student shot … people say, a New Mexico State basketball player shot a student. That’s not going to go over well in front of 15,000 people. This is about the safety of everybody. That’s where I’m at.”

Esquibel told Heiar that three of his players — Marchelus Avery, Issa Muhammad and Anthony Roy — were seen on video picking up Peake in a yellow Camaro after the shooting. Peake placed multiple items in the trunk of the vehicle, according to state police.

Heiar told Esquibel that every member of his team rode the bus to Albuquerque. He said he could not identify the woman who was driving the car when Esquibel showed him her name.

After Heiar could not be reached, state police stopped the Aggies’ bus at a rest stop. Inside, Lorenzo Jenkins, who serves as a special assistant to Heiar, had Peake’s tablet in a backpack. An unnamed New Mexico State administrator had his phone, state police said. The gun used in the shooting was located at the team hotel in Albuquerque, where assistant coach Dominique Taylor had it wrapped in a towel after Heiar called him and told him that Avery, Muhammad and Roy could tell him where to find the weapon.

It’s unclear how and where the items were transported after the shooting.

The Bernalillo County District Attorney’s Office announced Wednesday that it is working with state police to investigate the “conduct” of the New Mexico State coaches, staff and players.

Avery, Muhammad and Roy were all suspended for New Mexico State’s game at Santa Clara on Wednesday. Peake has been suspended indefinitely pending the outcome of separate university and state police investigations.

No players or coaches have been charged in connection with the fatal shooting. A New Mexico State spokesperson said the school had not disciplined any coaches “at this time.”

In a separate interview with Esquibel, Taylor said Peake’s father had been murdered when he was young and that he didn’t have many family members to consult. Taylor said the conversation with Peake’s guardians “was a tough phone call.” Heiar had asked Esquibel what he had to do to help Peake get legal counsel.

Before he gathered his team and left town, Heiar said he was perplexed by the entire situation.