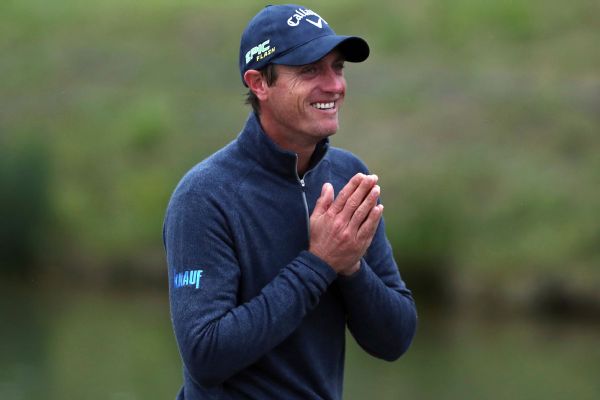 The Belgian golfer, who turned 40 last week, joins Thomas Bjorn of Denmark and Edoardo Molinari of Italy as vice captains for the European team.

Colsaerts helped Europe win the 2012 Ryder Cup and has three tournament victories on the European tour.

“My first reaction when Luke asked me was sheer joy,” Colsaerts said in a statement. “Every time I hear the words ‘Ryder Cup’, it takes me back to the edition I played in, how proud I was to wear the European colors and be part of such an unbelievable event.”

Bjorn and Molinari were both appointed by Henrik Stenson, who was stripped of the role as Europe’s captain after joining the Saudi-backed LIV Golf breakaway series.

Donald kept both Bjorn and Molinari after replacing Stenson and said the choice of Colsaerts as his third vice captain had “been on my mind for a couple of months now.”

“I played in the team with him in 2012 and you could just see how much it meant to him,” Donald said. “He understands what it means to represent the European crest and what it means to be part of the Ryder Cup setup. When I asked him, he literally had goosebumps.”

The 2023 Ryder Cup will be played at the Marco Simone Golf and Country Club in Rome from Sept. 26-Oct. 1.