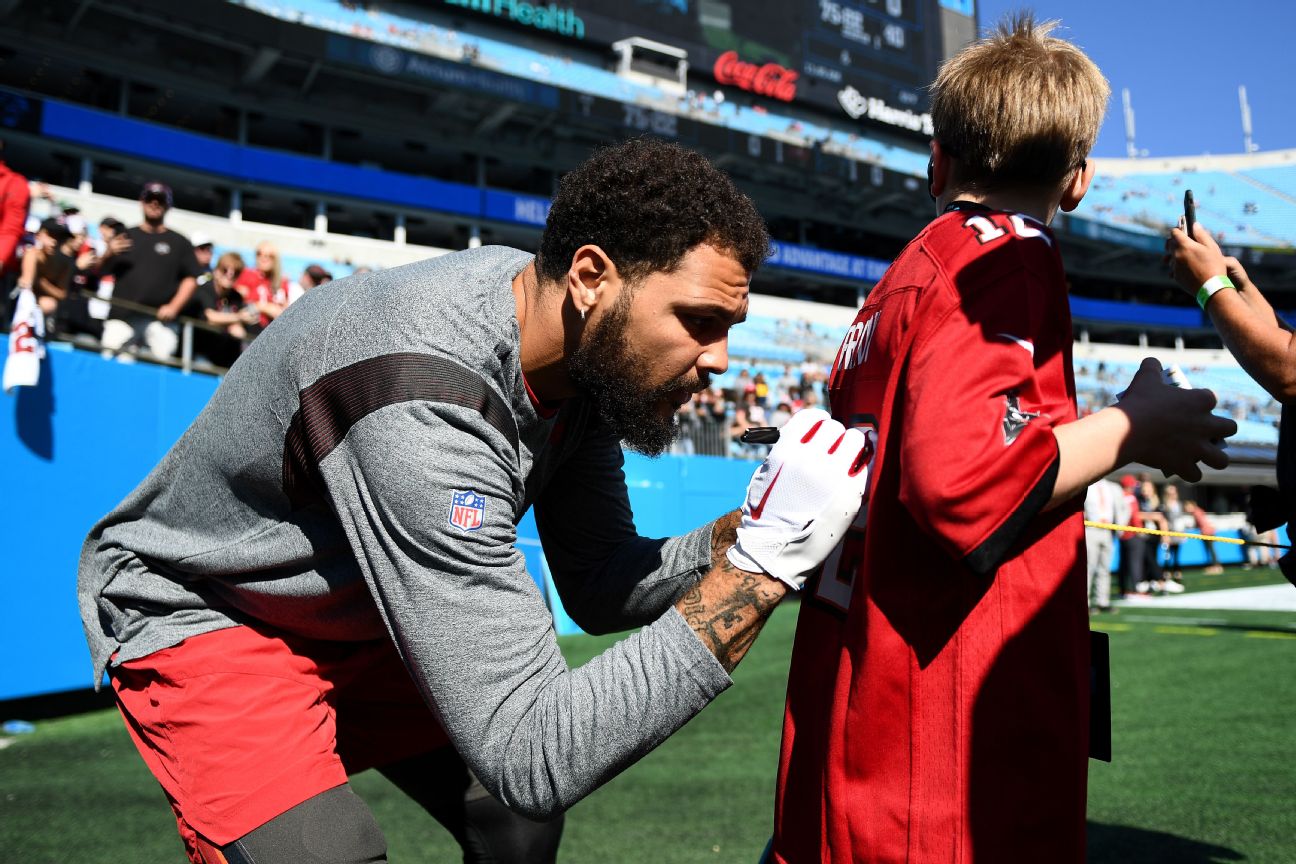 A postgame interaction between two game officials and Tampa Bay Buccaneers receiver Mike Evans did not involve a request for an autograph, the NFL said in a statement Tuesday.

Following the Buccaneers’ 21-3 loss Sunday to the Carolina Panthers, 1340 AM Fox Sports captured video of side judge Jeff Lamberth and line judge Tripp Sutter calling Evans’ name. Evans then wrote something on a card they handed him.

The collective bargaining agreement between the NFL and NFL Referees Association prohibits game officials from approaching players and coaches for autographs, citing the appearance of partiality. Officials can seek autographs and memorabilia for charitable purposes, but those requests must go through the league’s officiating department.

Following conversations with the individuals involved, however, the league determined that Lamberth and Sutter weren’t asking for an autograph. The league did not specify why they called out to Evans nor what was said during the interaction.

A request for comment from the NFLRA was not immediately returned.

The NFL statement made no mention of discipline for either official, but the league did add: “Both Lamberth and Sutter have been reminded of the importance of avoiding even the appearance of impropriety when interacting with players, coaches, and club staff on gameday — including during the pregame and postgame time periods.”

Lamberth is in his 21st NFL season and Sutter is in his fourth.