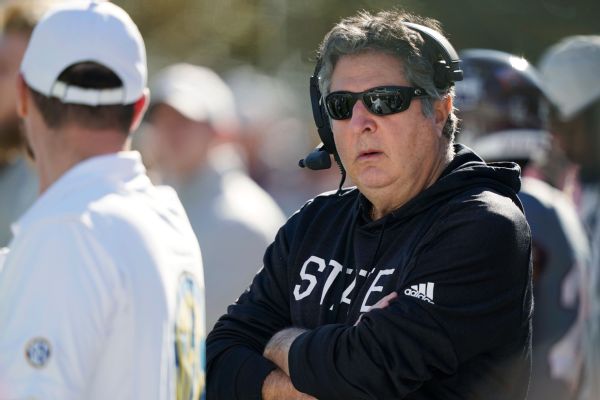 Mississippi State football coach Mike Leach was hospitalized Sunday after suffering a “personal health issue” at home earlier in the day, the university said in a news release.

Leach, according to the release, was transported by ambulance to the University of Mississippi Medical Center in Jackson after having the issue at home. The university said it would have no further comment at this time other than to say that the “thoughts and prayers of the university are with Mike and [wife] Sharon and their family.”

Leach, in his third season as Mississippi State’s coach, told ESPN after the regular season concluded that he struggled with pneumonia during the season but that he was feeling better.

Mississippi State president Mark Keenum and athletic director Bracky Brett decided to place defensive coordinator Zach Arnett in charge of the football program until Leach returns. Practice for the ReliaQuest Bowl on Jan. 2 against Illinois has already begun. Leach was at practice Saturday before suffering his health issue on Sunday.