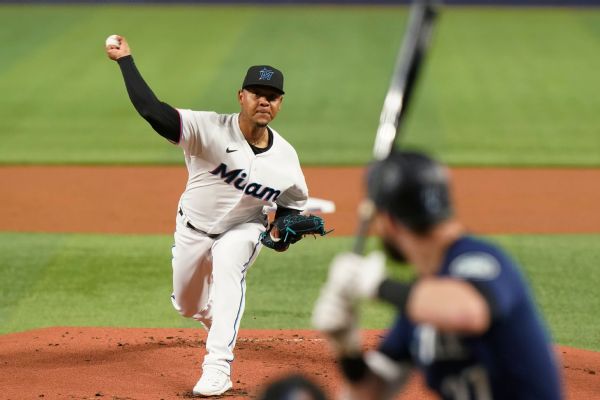 NEW YORK — With holes to fill on their pitching staff, the New York Mets acquired right-handers Elieser Hernandez and Jeff Brigham in a trade with the Miami Marlins on Friday.

Miami receives minor league righty Franklin Sanchez and a player to be named or cash.

In four big league seasons with Miami, Brigham is 3-7 with a 4.52 ERA and two saves. He has appeared in 53 games, making four starts.

Both pitchers are eligible for arbitration this winter.

The 23-year-old Woods made his major league debut this season, throwing two shutout innings in two outings for the Braves. He was 2-9 with a 4.60 ERA in 59 games (18 starts) over four minor league seasons in Atlanta’s organization.

All three newcomers offer depth as the Mets rebuild their pitching staff following a playoff loss to San Diego in the wild-card round.