MetLife Stadium replacing field in 2023, but not to grass 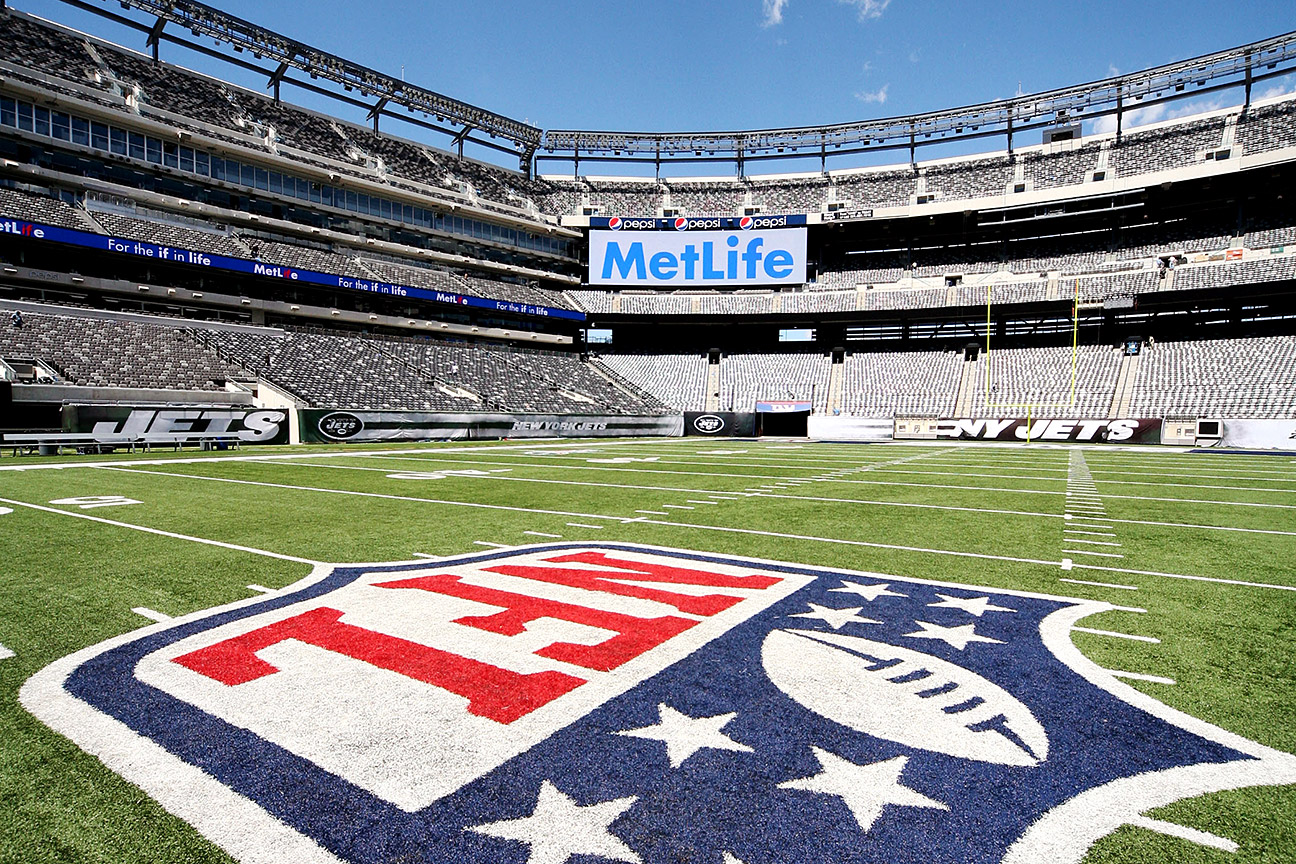 MetLife Stadium, home of the Giants and Jets, is in the process of reviewing proposals to replace the current Field Turf that has come under fire in recent years.

The stadium, which currently is using a version of FieldTurf, is contemplating new synthetic surfaces, not the natural grass that players have publicly called for in recent weeks.

“We evaluate our field each season and historically have replaced our playing surface every 3-4 years. We have made the decision to replace the field in 2023 and are currently reviewing proposals from multiple vendors for a new synthetic surface,” MetLife Stadium said in a statement to ESPN.

Giants player rep Julian Love told NJ Advance Media Wednesday the turf would be changed next season. Love and the players were hoping the playing surface at MetLife would be replaced by natural grass. That does not appear to be the case.

Players and the NFLPA have been vocal in recent weeks about wanting all grass fields, not just at MetLife Stadium.

The NFLPA provided this statement to ESPN in response to MetLife’s most recent plan:

“The players have been vocal and clear about this issue and it is a good step to hear them that change needs to be made. The change will not come soon enough, though, for players who will be at greater risk the rest of the season. We expect that whatever surface gets installed next year will meet the highest safety and performance standards possible.”

However, the NFL’s recent rate of non-contact injuries to the knee, ankle and foot is roughly the same on natural and artificial playing surfaces, according to internal data reviewed by ESPN.

The numbers contradict anecdotal observations this season from a wide swath of players, agents and coaches who have called for the league to convert all surfaces to grass in response to a series of high-profile injuries on artificial turf. But the NFL has no plans to do so, Dallas Cowboys owner Jerry Jones said earlier this month on 105.3 The Fan, citing the current data.

Love told NJ Advance Media Wednesday that “the stats have shown we are on one of the worst fields in the league.” The topic came up most recently when wide receiver Sterling Shepard tore his ACL earlier this year.

The turf at MetLife Stadium has been the subject of some complaints in the past, including by the San Francisco 49ers after five players suffered game-ending lower-body injuries in the same game against the New York Jets during the 2020 season. The knee injuries suffered by Nick Bosa and Solomon Thomas were season-ending.

Earlier this season, the Baltimore Ravens weren’t happy after cornerback Kyle Fuller tore an ACL there in a game against the Jets in Week 1.

“Everybody in this league should do everything they can to put the best surface out there. How much is invested in the players who go out there and play, and our league really is a player-driven league, and we want those guys to have the best of the best, especially surfaces to play on,” coach John Harbaugh said.

MetLife Stadium replacing field in 2023, but not to grass