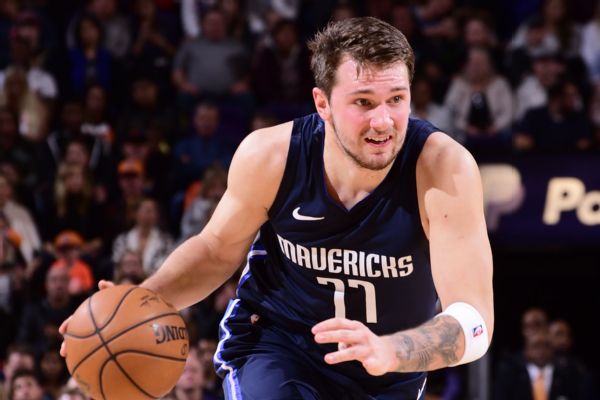 DALLAS — Mavericks star Luka Doncic is out for rest against the Houston Rockets a night after he played 40 minutes to help prevent a 25-point collapse in Dallas’ win over the LA Clippers.

Doncic hinted he might not play Wednesday night after scoring 35 points, including a crucial 3-pointer in the final 30 seconds of a 103-101 victory over LA. He played 22 minutes in the second half.

The Rockets enter the game with a three-game losing streak and the NBA’s worst record at 2-12.

It will be the first game missed this season for Doncic, who leads the NBA in scoring. Doncic started the season in much better shape after another offseason of playing with his Slovenian national team.

Doncic is averaging 34.4 points per game, scoring at least 30 in all but two of Dallas’ 13 games. The three-time All-Star is seventh in assists at 7.8 per game.

Dallas also will be without forward/center Maxi Kleber, who was upended onto his back in the first half against the Clippers. Center JaVale McGee will miss a second straight game with a neck strain.