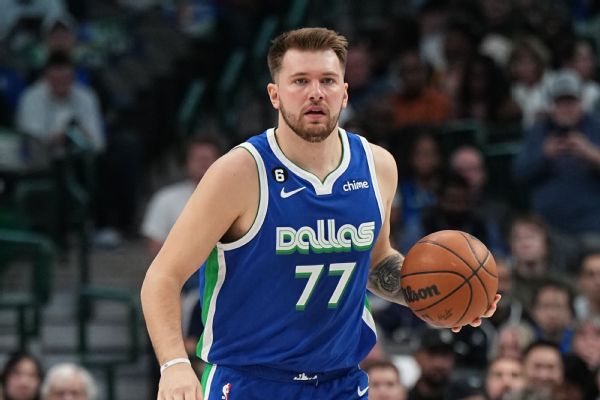 Dallas Mavericks star Luka Doncic will not play Saturday against the Chicago Bulls, as the team has ruled him out with a right quadriceps strain.

Doncic mentioned feeling quad pain after playing 37 minutes Friday night during a 106-105 loss to the Milwaukee Bucks, when he posted 33 points, 11 assists and 6 rebounds.

Information from ESPN’s Tim MacMahon was used in this report.