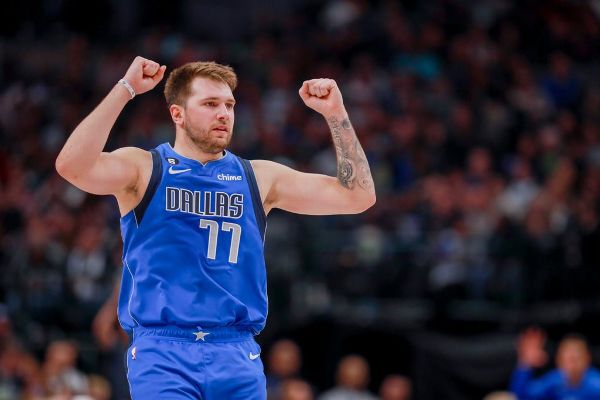 Doncic’s 33-point, 12-rebound, 11-assist performance in Friday’s 127-99 win over the visiting Denver Nuggets made him the 10th player in NBA history to record 50 career triple-doubles.

Doncic accomplished the feat in his 278th career game, one fewer than it took Johnson. Only Oscar Robertson (111) needed fewer games to get 50 triple-doubles.

“He’s already rewriting the record book,” said Mavs coach Jason Kidd, who took 649 games to record 50 triple-doubles in his playing career. “That’s pretty cool. … Oscar is pretty special, so now to be right there behind Oscar being second fastest to 50 just shows you how special he is.”

It was also the 25th time that Doncic has scored at least 30 points in a triple-double. That ranks fifth in NBA history, according to ESPN Stats & Information research, trailing only Robertson, Russell Westbrook, LeBron James and James Harden.

The 23-year-old Doncic, who is leading the league in scoring, has four 30-point triple-doubles in 14 games this season. The rest of the NBA has combined for only one, by Toronto’s Pascal Siakam.

As usual, Doncic didn’t have much to say about joining exclusive historical statistical company, something that he’s done on a routine basis during his five-year NBA career.

“It’s amazing,” Doncic said. “Every time you ask me, I have the same answer. It’s a pleasure. I’m just really glad that I’m here and doing this.”