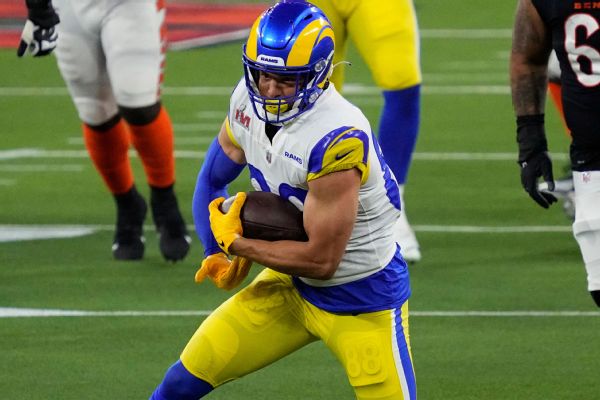 Hopkins is eligible to return to the team’s active roster on Oct. 10, after the Rams’ Week 5 game against the Dallas Cowboys.

Hopkins, a fourth-round pick in 2021, has played just eight offensive snaps this season and does not have a catch.

The tight end saw significant playing time during the Rams’ Super Bowl LVI victory with Tyler Higbee and Kendall Blanton both dealing with injuries. Hopkins had four catches for 47 yards in the game.

Higbee is the only other tight end currently on the Rams’ active roster. Tight ends Roger Carter Jr. and Jared Pinkney are on Los Angeles’ practice squad.