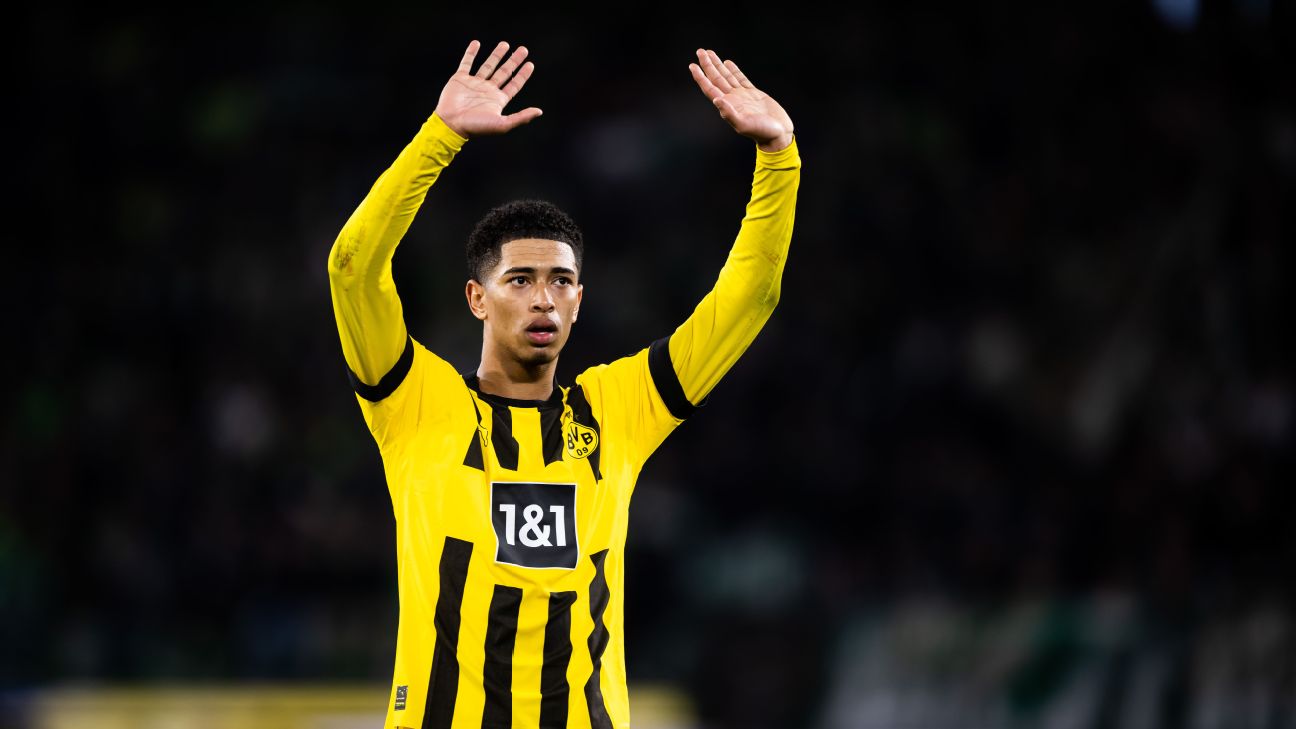 While the 19-year-old midfielder is understood to be the La Liga side’s priority signing for the summer, the Bundesliga club are looking for a fee in the region of €150 million to part ways with him.

The report suggest that Real Madrid would have no intentions of matching that figure, and they will also look to negotiate a lower fee than BVB’s current demands.

Bellingham’s representatives are reported to have indicated the England international’s preference to make the switch to the Santiago Bernabeu, but Liverpool — who Premier League clubs believe are the frontrunners in the race — are optimistic that they can land him ahead of Los Blancos.

The former Birmingham City star’s transfer value was recently put at €202m by the CIES Football Observatory — the highest of any player at the World Cup.

– Paris Saint-Germain are still keeping tabs on AC Milan‘s Rafael Leao, understands Mundo Deportivo. It is reported that the Rossoneri were keen to reach an agreement with the Portugal international winger before he headed to the World Cup, but they have so far been unable to agree to new terms. Leao, 23, remains contracted at the San Siro until the summer of 2024, and he has also previously been linked with Chelsea.

– Juventus are interested in Napoli centre-back Kim Min-Jae, according to Ekrem Konur. The 26-year-old centre-back has enjoyed a successful start to life in Naples since completing his move from Fenerbahce in the summer, and it seems as though his performances are beginning to capture the attention of more clubs. He has made 20 appearances for Luciano Spalletti’s side across all competitions this season, scoring twice.

– Chris Smalling is hopeful of staying at AS Roma, reveals Fabrizio Romano. It is understood that the 32-year-old defender is aiming for more success with the Giallorossi, and his agent revealed that he feels “very positive” about the club. The former Manchester United star’s contract is set to expire next summer.

– Denis Suarez could leave Celta Vigo in January, reports Marca. The LaLiga side have so far failed to secure him to a new deal at the club, and the 28-year-old attacking midfielder will have the option to sign a pre-contract agreement with another club in January when his deal will enter the final six months. The former Barcelona player is yet to make an appearance in the current campaign.

– Atletico Madrid could soon be forced to move on players to avoid financial difficulties, reports Mundo Deportivo. Joao Felix is understood to be one of the players who Diego Simeone’s side are willing to move on, and PSG and Manchester United are the two sides linked closest with acquiring the 23-year-old forward’s signature. Felix is contracted at the Wanda Metropolitano until the summer of 2024.