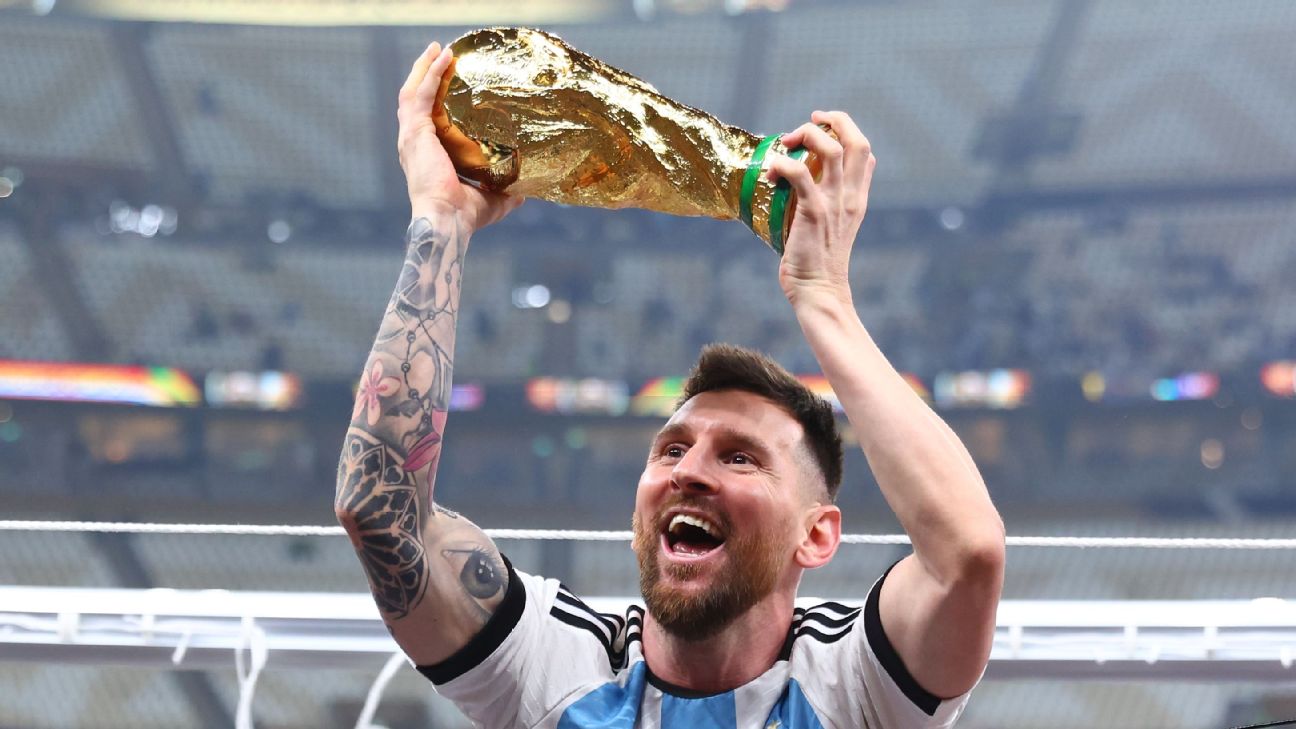 Lionel Messi has said he will not retire from international football after scoring twice as Argentina lifted the 2022 World Cup in a thrilling penalty shootout victory over France on Sunday.

Messi scored the opener from the penalty spot at the Lusail Stadium in Doha, Qatar, before striking again in extra time when the ball fell to him in the 6-yard box and he prodded home. France forward Kylian Mbappe completed his hat trick with a penalty minutes later, but Argentina won 4-2 in the shootout to win their third World Cup title.

The 35-year-old Messi broke the record for most World Cup appearances on Sunday as he made his 26th game in the competition, having confirmed last month this tournament would be his last.

However, after winning the only major honour that eluded him in his trophy-laden career, Messi told TyC that he intends to continue playing for Argentina a while longer.

“I won the Copa America and the World Cup in a short time,” Messi said. “I love what I do, being in the national team, and I want to continue living a few more games being world champion.

“I am going to take the Cup to Argentina to enjoy it with you,” he added.

Messi said it was the realisation of a “childhood dream” to help Argentina win their first world title since Diego Maradona led them to victory in Mexico in 1986.

“It’s anyone’s childhood dream,” Messi said. “I was lucky to have achieved everything in this career … and this one that was missing is here.

“It’s madness … look how she [the World Cup] is, she’s gorgeous. I wanted her so much. I had a vision that this would be the one … she was getting closer.”

“We suffer, but we already have it (the World Cup). I wanted to close my career with this. I can no longer ask for anything else, thank God, he gave me everything,” he added.

Argentina head coach Lionel Scaloni said in his postmatch news conference that Messi will always be welcome to play for Argentina.