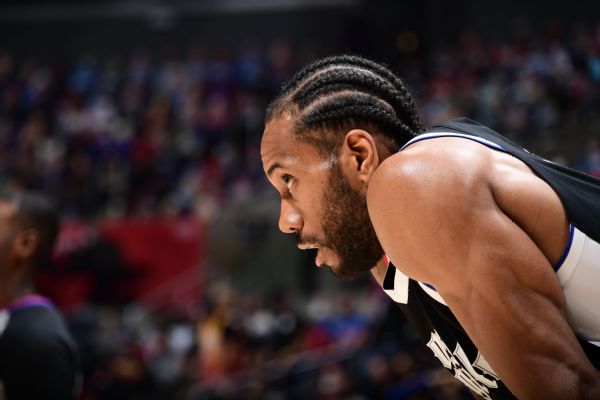 PLAYA VISTA, Calif. — Kawhi Leonard has been cleared to participate fully in training camp next week but the LA Clippers will proceed with “step-by-step” caution.

“He feels great,” Frank said at the team’s practice facility. “His plan is, look, he wants to participate in everything. And I think organizationally, we’re going to be cautious. So it will be a step-by-step approach.”

Frank later added: “He is cleared. For him, he’ll say, look, I want to do everything. Again, we’ll be very cautious in the approach.”

Leonard missed all of last season while recovering from a torn right ACL suffered in Game 4 of the second round against the Utah Jazz on June 14, 2021.

After spending three days training at UNLV, the Clippers will travel to Seattle where they will play their first two preseason games on Sept. 30 and Oct. 3. Frank would not say yet if Leonard will play in the preseason. The team will take it day by day and follow feedback from Leonard.

“When you’re dealing with a major injury, you can’t predict,” Frank said. “I know with him, he wants to do everything, but we’ll just kind of let’s see how he feels each day. We have an outstanding medical team, and we’re playing the long game with it. So we’re not going to get into predictions, what he will do or he won’t do.

“… We’ll figure out, is that best for his body? One day it may be. The next day, we’ll have to reassess. We’ll rely on the feedback we get from Kawhi, obviously from the medical team. It’s too early to predict. We have time before we need to get there.”

Frank also said that Paul George’s torn UCL in his right elbow is completely healed. George missed three months due to the injury last season before returning for five games late in the regular season. He played in the Clippers’ first play-in game but missed the second and last play-in game due to health and safety protocols.

“His elbow is 100 percent healthy,” Frank said. “Paul has had an extremely purposeful, driven, and very productive off-season, in that his consistency of training has been off the charts. Plus, he continues to take more and more of an ownership and leadership role. You know, he had a lot to do with getting John Wall to come here.”

George and Leonard organized player workouts in the offseason in San Diego and Santa Barbara. One player who has been a steady presence in workouts is Wall, who signed with the Clippers the offseason. The former All-Star will compete with Reggie Jackson for the starting point guard spot.

The Clippers will be one of the deepest teams in the league this season and that depth will help if they need to ramp Leonard back up at a cautious pace.

“Basically, Kawhi’s done a lot of controlled basketball for a long time,” Frank said. “Though 5-on-5 is viewed to the layman as a benchmark, it’s more complicated than that. Ultimately, he keeps trending towards being able to play in an NBA basketball game, and so he’ll just continue to take those steps in camp.”

Frank added: “We know what the big picture is. We know what our goal is, and we will be very cautious and take a methodical approach.”