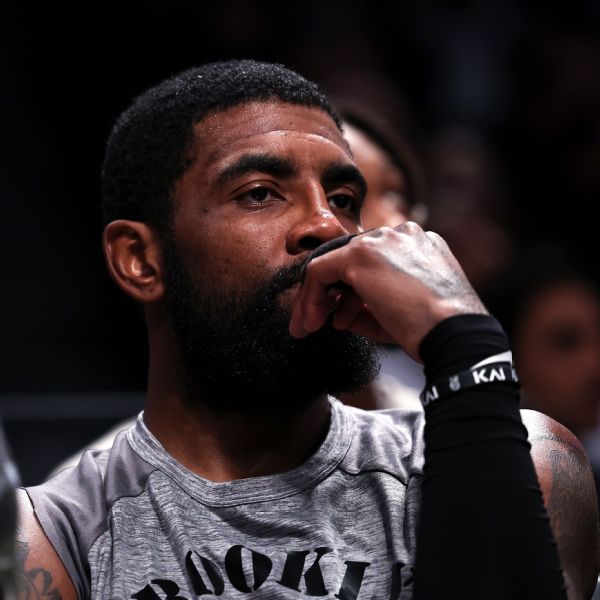 NEW YORK — Brooklyn Nets guard Kyrie Irving gave his most formal apology to date in a video published Saturday, saying clearly he is “not antisemitic” and that he wanted to “apologize deeply” for his social media post around a book and movie featuring antisemitic ideas.

“I’m not antisemitic,” Irving said in the interview with SNY. “I never have been. I don’t have hate in my heart for the Jewish people or anyone that identifies as a Jew. I’m not anti-Jewish or any of that. And it’s been difficult to sit at home with my family with them seeing all of this and having questions.

“The part that hasn’t been hard is explaining myself because I know who I am, I know what I represent. But I think the difficult aspect is just processing all this, understanding the power of my voice, the influence I have. I am no one’s idol, but I am a human being that wants to make impact and change. In order to do that I have to live responsibly and set a greater example for our youth. For my generation and the older generation.”

Irving is serving a team-imposed suspension that has forced him to miss the last eight games, but he has been listed as questionable to play Sunday against the Memphis Grizzlies.

Irving was initially suspended Nov. 3 for the “harmful impact of his conduct” relating to his social media posts.

ESPN’s Adrian Wojnarowski reported Thursday that Irving could rejoin the Nets as soon as Sunday given that, according to sources, he was nearing completion on the process needed for a return.

Irving said he has had “very moving, very impactful” conversations recently that have allowed for a “greater perspective” about how his posts hurt people.

“I just really want to focus on the hurt that I caused or the impact that I made within the Jewish community,” Irving told SNY. “Putting some type of threat, or assumed threat, on the Jewish community, I just want to apologize deeply for all my actions for the time that it’s been since the post was first put up. I’ve had a lot of time to think, but my focus initially, if I could do it over, would be to heal and repair a lot of my close relationships with my Jewish relatives, brothers and sisters.”

The Nets have gone 5-3 without Irving in the lineup, but several players were hopeful after Thursday’s win over the Portland Trail Blazers that he would be back on the floor Sunday.

“It was a learning journey to be honest with you,” Irving said of the last few weeks. “It was a lot of hurt that needed to be healed, a lot of conversations that needed to be had. And a lot of reflection. And I got a chance to do that with some great people from the Jewish community. From the Black community, from the white community — I’ve had so many conversations with all of our races and cultures and religious groups of people.

“Just try to find a better perspective on how we live a more harmonious life. I’m a man who stands for peace. I don’t condone any hate speech or any prejudice and I don’t want to be in a position where I’m being misunderstood on where I stand in terms of antisemitism or any hate for that matter for anybody in this world.”