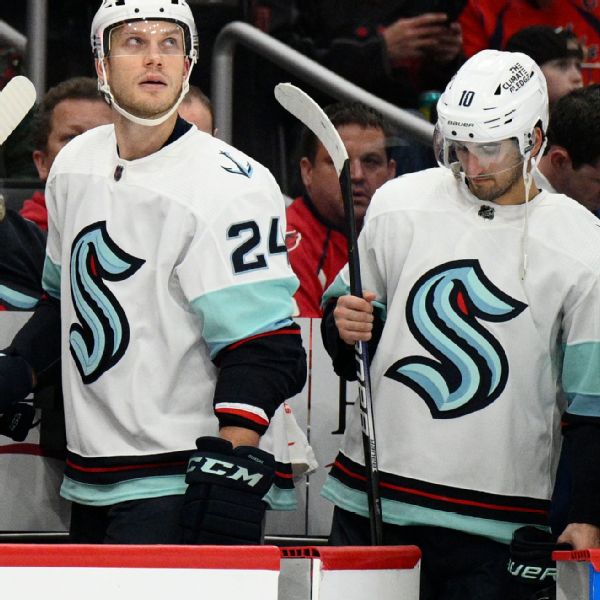 Seattle Kraken defenseman Jamie Oleksiak was suspended by the NHL for three games on Saturday.

The league’s department of player safety reviewed Oleksiak’s illegal check to the head on Washington Capitals defenseman Alexander Alexeyev on Friday night, announcing the decision via the department’s Twitter page.

The match penalty was called at the 9:48 mark of the second period. It was reviewed to confirm the decision, and Oleksiak was ejected. Forward Daniel Sprong served the penalty for the Kraken.

On the ensuing power play, Washington forward Marcus Johansson scored to give the Capitals a 2-1 lead.

After the win, Capitals coach Peter Laviolette did not provide an injury update other than to say, “I saw him after the game. We’ll evaluate him in the morning and go from there.”

Alexeyev, 23, a recent call-up from the team’s AHL affiliate, has played in five games for the Capitals this season, averaging 12:10 of time on the ice.

Oleksiak, 29, a former first-round pick of the Dallas Stars, has four goals and seven points this season for the Kraken.