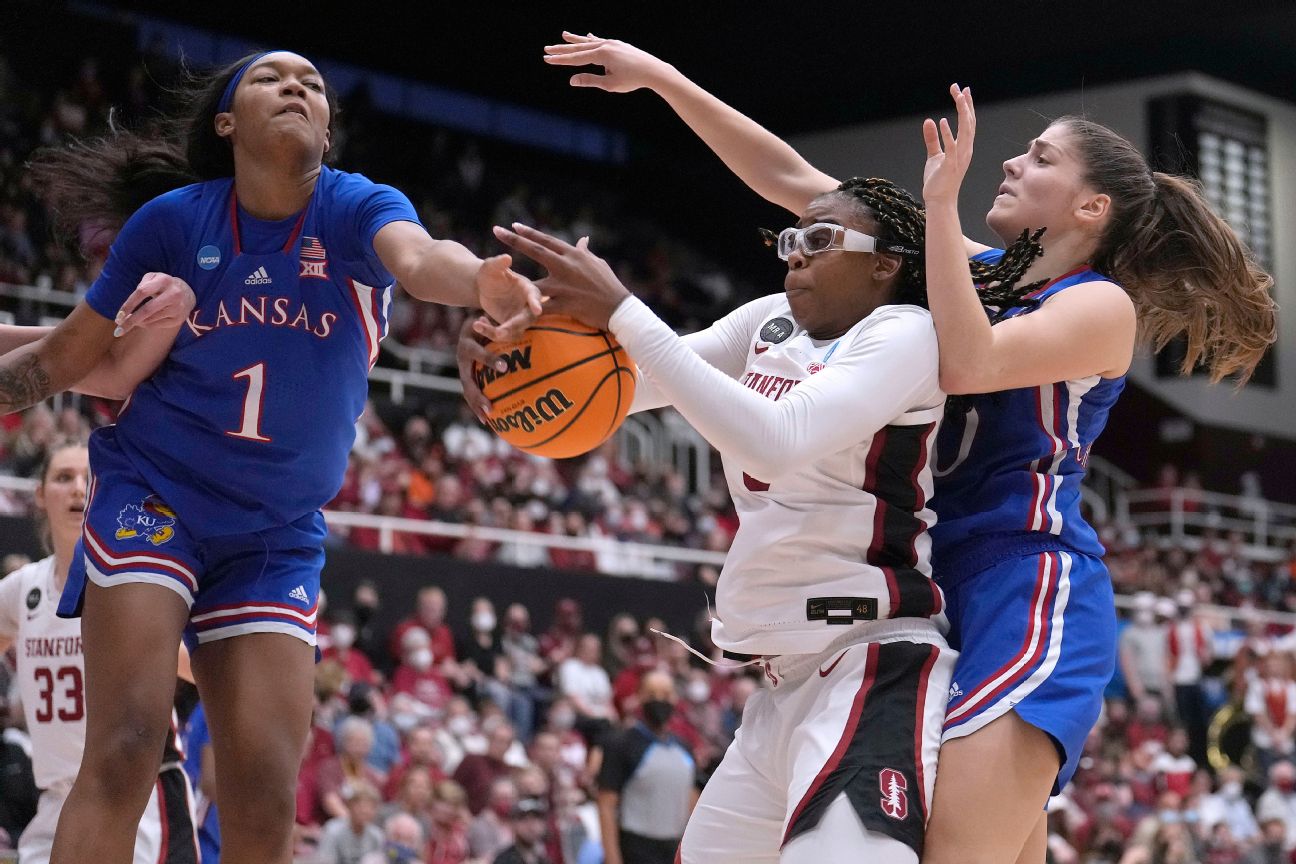 Kansas has cracked The Associated Press women’s basketball poll for the first time in nearly 10 years after a huge win while South Carolina remained the unanimous No. 1 team.

The 22nd-ranked Jayhawks routed then-12th-ranked Arizona by 27 points on the road to break into the AP Top 25 released Monday.

The top five teams remained the same with the Gamecocks followed by Stanford, Ohio State, Indiana and Notre Dame in voting by a 28-member national media panel.

Virginia Tech was sixth and will host the Fighting Irish on Sunday. Fellow ACC schools North Carolina and N.C. State were seventh and eighth.

UConn, which is beset with injuries, fell three places to ninth after losing at Maryland on Sunday. The Terrapins climbed five spots to 15th. UCLA moved up three spots to 10th.

Kansas, which is 9-0 for the fourth time in school history, last was in the poll Jan. 14, 2013, when the Jayhawks were 23rd. They’ve been on the rise the past two years, finishing 21-10 last season for the program’s first 20-win campaign since 2012-13. Kansas lost to Stanford in the second round of the NCAA tournament last season.

“We have 11 returners and four starters back from last year’s team so there were high expectations going into this year,” Kansas coach Brandon Schneider said. “We learned a lot in the NCAA tournament. We just tried to upgrade our schedule in the non-conference. I feel like we’re a group that is pretty bought in on the defensive end right now. Still a ton of room for improvement on the offensive end.”

Schneider said he will address the ranking with his team. The Jayhawks host Tulsa on Friday.

“More in terms of the trappings of complacency, and we’re still in the non-conference,” Schneider said. “We need to feel good about it in terms of the program’s validation. I think we talked about being a program on the rise and that the trajectory of our program is headed in the right direction.”

Arizona fell to 20th after its loss to Kansas. … Michigan fell five spots to 19th after losing to Toledo. … Iowa State, which dropped four spots to 14th after falling to rival Iowa, will face No. 25 Villanova on Sunday in the Hall of Fame Women’s Showcase game. … Columbia received votes in the AP poll for the first time in school history. The Lions have wins over Miami, UMass and Stony Brook, who all made the NCAA tournament last season.

Maryland coach Brenda Frese had a memorable week, earning her 600th victory in a buzzer-beating win over Purdue on Thursday. Her team then beat UConn for the first time Sunday, also giving the coach her first victory against the perennial powerhouse. Frese coached at Ball State and Minnesota before taking over at Maryland in 2002. She’s 601-173 in her career.